Counting on the ‘Currahee’ Knife 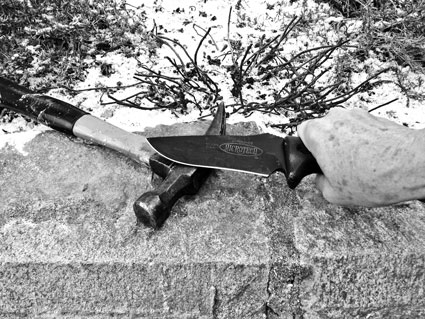 The Currahee is a new, full-tang, fixed-blade knife from MicroTech, originally designed for U.S. Special Forces Boat Team 20. Those of you who’ve watched the HBO series “Band of Brothers” will also recognize the name as the motto of the 506th Airborne Infantry Regiment and its soldiers. Currahee is a Cherokee term which translates as “stands alone,” which has been worked around to 506th Airborne’s “we stand alone.” Anyone familiar with Airborne operations will instantly understand the significance of this battle cry! 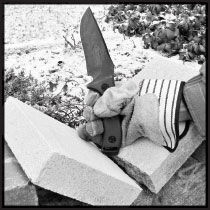 The Currahee is a medium-sized, wide-bodied knife. What you can’t see from a photo is that it is also quite stout—the full-tang knife is ground from 0.2-inch, or 200-thousands thick steel. That’s nearly a quarter-inch stock that, combined with the large hand-filling handle, creates a “big” medium knife.