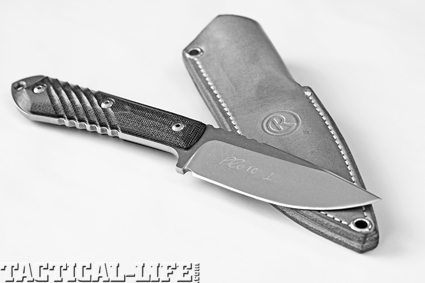 The fixed-blade Nyala, by Chris Reeve, has a full-tang blade crafted from CPM-S35VN. This new blade steel features the addition of Niobium to its chemical formulation, resulting in enhanced grain structure, increased toughness and added strength, which in turn aids in resisting edge chipping and deformation.
Comment(s)

While those of us in the cutlery industry may think of ourselves as a huge gorilla able to demand the attention of the steel industry, in reality we are nothing more than a tiny monkey standing at the fringe of other players. Therefore, it’s a rarity when a manufacturer develops a steel specifically for knife blades. When Crucible Steel in New York developed CPM-S30V specifically for use in our industry, it was definitely a “first.”
Shortly after the seminal introduction of CPM-S30V, Dick Barber, a metallurgist at Crucible (at the time) and Chris Reeve (Chris Reeve Knives) began contemplating the next generation of high-performance blade steel. Their goal was to develop a version of the steel that was easier to machine and one that took a superior finish. After several years of research and development, the result was the creation of CPM-S35VN. Chemically, CPM-S35VN is quite similar to CPM-S30V, but with a rebalanced alloy content that includes Niobium [also known as Columbium].

Niobium Lesson
Niobium has an interesting history. The mineral was first discovered in 1734 and given the name Columbite. A sample was sent to England and sat in the mineral collection of the British Museum in London for years until it was analyzed by Charles Hatchett in 1801. Hatchett discovered that there was an unknown element (Niobium) in the Columbite and he named it Columbium.

In 1844, the element Niobium was rediscovered and renamed by Heinrich Rose. However, it wasn’t until 1864 that metallic Niobium was isolated by a Swedish chemist. For nearly 100 years, the names Columbium and Niobium were used interchangeably. Finally, in 1949/50 the designation “Niobium” was adopted by the International Union of Pure and Applied Chemistry (IUPAC). Brazil is the leading producer of Niobium, producing about 75% of the total world supply. However, Canada also produces a significant amount of the mineral. Other untapped Niobium resources are found in parts of Africa, Australia and Russia.
When Niobium is use 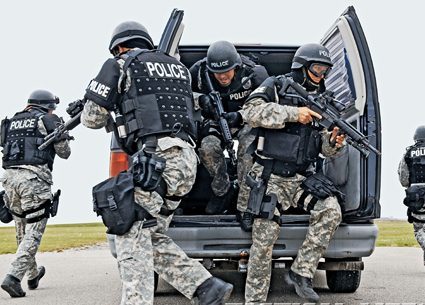