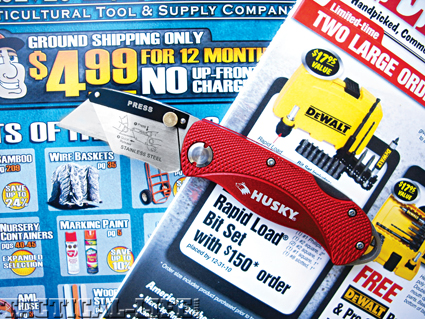 Here it is, the infamous Home Depot Husky utility knife! If the Manhattan DA considers this a terrible threat to society, how long will it be before he comes for your everyday kitchen knives?
Comment(s)

Given New York City’s reputation for a virtual ban on handgun ownership by its average resident, I was a little surprised at how reasonable their knife laws seemed to be when I first started working for NYC-based Harris Publications. No autos, gravity knives or folders with blades over 4 inches long. I could live with that. Little did I know that on June 17, 2010 the Manhattan District Attorney, Cyrus Vance Jr., intended to declare war on the entire cutlery industry.

In a series of law enforcement “raids,” practically the entire cutlery inventories (reportedly around 1,300 assorted edged tools) of Home Depot, Orvis Sporting Goods, Paragon Sports, and Eastern Mountain Sports were confiscated. The reason given was that all of these businesses were selling illegal “switchblades and gravity knives.” Now, I don’t know about you, but I was pretty certain our local Home Depot didn’t offer anything close to what I would consider a switchblade knife. As more news reports came out, I found that Vance made several references to Home Depot selling something called a “Husky,” like that was a code name for a WMD.

Given I don’t buy many of my knives at Home Depot, I wasn’t really sure what a “Husky” was, so I went to our local store to find out. I soon discovered this is a brand name for a line of folding, replaceable blade, utility knives of the type commonly called “box cutters.” They all have one thing in common, the blades are around 1-inch long! Normally, these are considered standard working tools for plumbers, carpenters, carpet layers, dry wall installers and weekend do-it-yourselfers.

Vance went on to offer the businesses a deal, by giving up any claim on the confiscated cutlery and “donating” large sums of money, including the profits from selling knives for the last four years, he would “defer” felony prosecution on the charge of selling illegal “switchblades and gravity knives.” Apparently, he defines any folder that can be opened one-handed, by whatever trick the cops can invent, as either one or the other of these two knife types. At last report he had extorted 1.9 million dollars from New York businesses. Even more ominously, he bragged he intended to use the web to go after out of state businesses that might be shipping knives into the city. All of this without changing a single law that was on the books.

The immediate effect of this much-hyped crackdown was that many cutlery companies and retailers announced they would no longer ship any type of knife to New York State. True Value Hardware stores also revealed they were pulling all one-hand-opening cutting tools off their shelves in the state. Thus, all New Yorkers are being forced to live under the tyrannical rule of a New York City district attorney. And, oh yes, did I mention that the New York Custom Knife Show, once a world-class event in mid-town Manhattan, has moved to New Jersey?! That is going to cost a number of hotels and restaurants—all already hard hit by the economy—tens of thousands of dollars. But why would that bother a statist liberal politician? He doesn’t need to work for a living anyway.

If you ever doubted it before, this should convince you that now is the time to get involved in the Knife Rights Foundation and The American Knife and Tool Institute. They can be contacted at either www.kniferights.org or www.akti.org. Do it today or tomorrow we all may end up in the same boat as the residents of New York State. 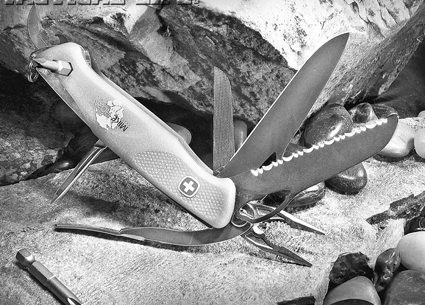