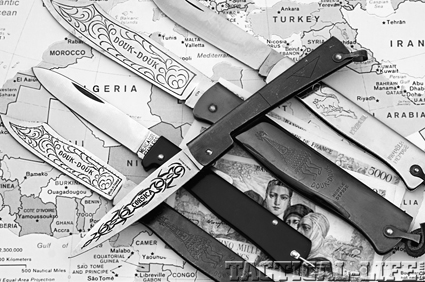 With the help of French custom knifemaker Fred Perrin, Cognet recently added the “Corsican” to their line of classic all-steel work knives.

World War One and the following Bolshevik revolution in Russia destroyed many of the traditional markets once dominated by the French cutlery company M.C. Cognet. Not to give up the game without a fight, the firm set about creating a new, inexpensive line of all-steel folders complete with a Melanesian god called “Douk-Douk” stamped on the handle. I’ve never seen Cognet admit it, but given this was post WWI, I’m guessing the much older folded-steel handle German “Mercator”-type knives might have had some influence on the French design. Cognet’s great hope was that the Douk-Douk symbol would make the knife popular in France’s Pacific island colonies but, in reality, it was the complete opposite. The islanders wanted nothing to do with a knife stamped with what they considered a symbol of evil.

Algeria
During this period, France was still a major colonial power in both Africa and South East Asia, so the next step was to market the knives to some other area. Not having the religious connotations in the rest of the world that it did in the Pacific, the Douk-Douk knives quickly became local favorites of many third world countries. Algerians in particular were famous/infamous for their use of the simple folder. Pierre Leulliette mentioned in his memoirs, St. Michael and the Dragon, that when he was a French paratrooper in Algeria, it was a common thing in the major cities to find someone at odds with the Islamic terrorists murdered by a Douk-Douk in the back. He also commented that the knives were sold in all the Algerian bazaars. The situation actually got so bad that the French banned export of the folders to the country and the inventories of local sellers were confiscated. According to Cognet, these knives were then reissued to French troops for field use. Soldiers returning from combat exposed users in France to the knife for the first time, as it had not been marketed to its home country before that. 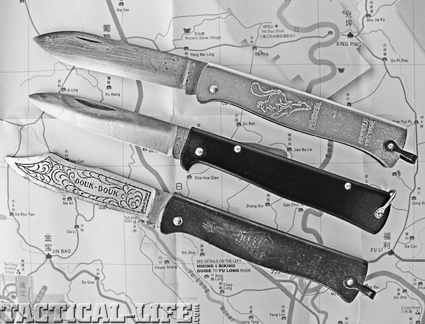 The folded-steel handles of the Cognet Squirrel (top) and Douk-Douk (bottom) show a very close similarly to the much older German Mercator-pattern folding knives (center).

There are several reasons why the Douk-Douk knives were so popular in the colonies. The first, obviously, was they were especially created to be inexpensive. There was a time when you could have bought one in the average French colony bazaar for only a few Francs. Second, Cognet always made a point of stressing the quality of the steel in their blades. Actually, this was a fairly common carbon steel heat treated to a relatively low Rockwell of around 52. Third world knife users often prefer soft blades because they can easily be brought to a super sharp edge. It is said that in many of the colonies, Douk-Douks were the preferred tool for shaving. The thin, flat-ground blades also slice most materials with ease. Third, the folded-steel handle construction makes the knife extremely flat for comfortable carry and/or concealment when that is required, as well as being exceptionally durable under harsh conditions. 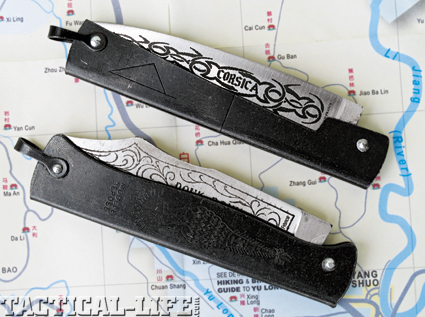 Both the new Corsican and older Douk-Douk model folders have excellent handle-to-blade ratios. They are also extremely flat and easy to carry in a pocket. 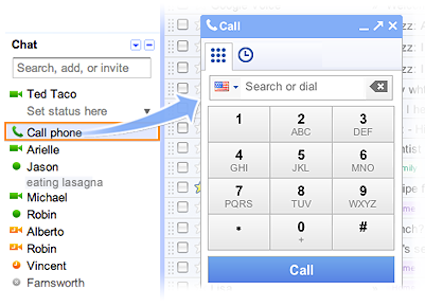