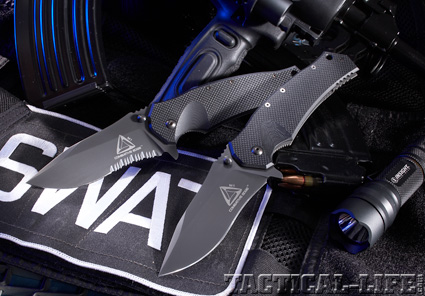 Have you ever noticed that some of the best equipment designs are pretty simple and straightforward, while gear that screams “high speed, low drag” often doesn’t live up to its looks? Similarly, experienced practitioners tend to prefer practical, somewhat Spartan equipment and trust their lives to skills instead of gadgets. This kind of commitment to functional simplicity summarizes the approach of a company called Combative Edge, its founder Rob Walker, and its inaugural tactical knife design, the M1.

Walker’s interest in tactical knives is a direct outgrowth of his study of the martial arts. A long-time practitioner of the martial arts, he trained for a number of years in a system that combined elements of Inosanto Kali and Pekiti Tirsia. Later, he chose to focus on pure Pekiti Tirsia and has been training directly under that system’s most iconic figure, Grand Tuhon Leo Gaje, Jr.

Pekiti Tirsia is a system of Filipino kali with a highly evolved edged-weapon curriculum. Literally meaning “Close-Thirds,” Pekiti Tirsia’s most descriptive translation, in the words of Grand Master Gaje, is “to cut up small, in close.” It therefore makes sense that experienced Pekiti practitioners know how to handle a knife exceptionally well. They also know what separates flash from function when it comes to designing a blade for personal defense.

Combative Edge Birth
Walker founded Combative Edge in 2006. Unemployed and uncertain what to do with his life, he decided to focus on the two things he enjoyed most: knives and the martial arts. His concept was to manufacture high-quality knives and teach people how to use them for personal defense through training programs and seminars.

Walker was confident that he was prepared to tackle the training aspect of his business model; however, knife manufacturing was a different story. Although he knew the knife industry and its major players from a consumer’s perspective, he had no idea what it took to start a knife business. To remedy that, he attended the 2006 SHOT Show to meet and hopefully learn from the best minds in the business. There he had the good fortune of meeting Spyderco’s Sal Glesser, who gave Rob a crash course in the basics of the tactical knife industry and how to get started. Walker still considers that conversation a landmark event in his career planning and the history of Combative Edge. 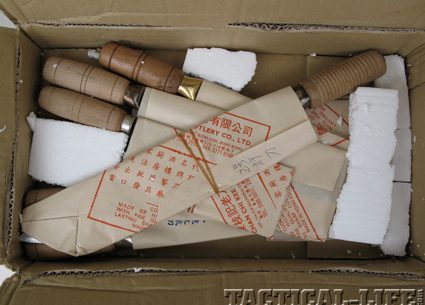