One of the most far-reaching Asian rail transport nets is the national Indian Railway. Those who have experienced it usually describe it in terms of being artfully controlled chaos that against all odds, works exactly as intended, daily distributing 20 million people and 2 million tons of goods across the subcontinent on the world’s fourth-largest railroad. The “controlled” part of the chaos, however, does not always apply to passenger security where a ticket guarantees entry but not a seat. Thieves, skillful pickpockets, and worse, criminals, are a constant threat. Sometimes the situation gets dangerously out of hand.

Nayak [Corporal] Bishnu Prasad Shrestha of 7/8 Platoon of the Indian Army’s Gurkha Regiment boarded the Maurya Express in Ranchi at 1800 hours September 2, 2010, headed east for Gorakhpur, and on to his family home in Pokhara, Nepal, for holidays. Although aware of robberies and thefts, he dozed off with no idea he would be awakened by a gang of 40 armed and vicious thieves on a rampage of pillage and rape.

As he slept, in the remote jungle near Kulti in West Bengal, a gang of some 40 dacoits, armed with swords and knives, stopped the train with the aid of on-board colleagues. Moving coach to coach, they terrorized and looted passengers. Fast asleep, Shrestha awoke as seven robbers barged into his compartment. “They had … swords, blades and pistols. The pistols may have been fake as they didn’t open fire,” he surmised.
“I was concerned about my safety and that of the other passengers. I had no heroics on my mind at the time, though I was quite agitated. In such a situation, one obviously feels helpless. And since I had been deeply asleep, I was quite disoriented. But being a soldier, it was very hard for me to just stand and watch.
“Initially, I reacted only when some of them came to snatch my belongings. I vehemently refused, and then one of them slapped me. I charged at them. I punched down three while the others exited the compartment. But they came back with other dacoits. That was when I saw there were some 40 of them,” Shrestha would recall to reporters in Nepal.

“I knew it would be impossible for one individual to fight back so many armed robbers. I was even doubtful whether I had done the right thing by attacking them. They immediately ganged up on me. But one of them whom I had punched down earlier, and who still hadn’t gotten up, told his pals to leave me alone. I was a ‘fauji’ [soldier] and that it wouldn’t matter, as they had the entire train to rob. They left me alone and proceeded to rob the other passengers who were totally scared and didn’t put up any resistance.”

Although at this point discretion appeared to be the wiser part of valor, the gang of sociopaths would take a turn for the worse: “But what happened next was too much for me. The robbers came upon a young Indian girl…They told her to take her clothes off. She told them, ‘I’ve given you my money and belongings. What more do you want?’

“They tried to tear her clothes off forcefully, right in front of her family members. She started yelling, ‘Brother, brother!’ At first, I didn’t realize she was calling out to me. It took me some time to decide whether I should launch another attack. What would I have done had it been my sister, daughter, or any one of my relatives? Of course, I would retaliate and not be a mute bystander. Rather than bravery, I would say it was compassion that led me to attack the robbers again… 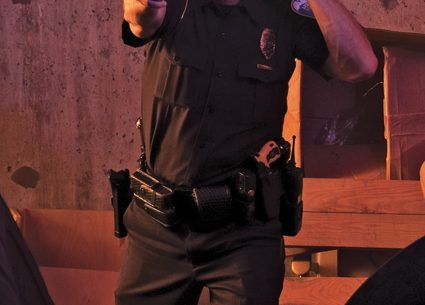 One of the most far-reaching Asian rail transport nets is the national Indian Railway.…