by Tactical-Life.com
in News, Tactical Knives
0

0
SHARES
0
VIEWS
Share on FacebookShare on Twitter
In 1968, Gunny arrived in Vietnam where he served for 14 months with the Marine Wing Support Group 17. He then served two tours of duty in Okinawa.

TK: Have you ever been in a movie or show where you used a knife?
I have. It was an old episode of Miami Vice. I was the killer and, of course, I was dead at the end of the show.

TK: How many times have you been killed in the movies or on TV?
I sat down and thought about that the other day. I think it’s about 35 or 40 times. I’ve been stabbed, shot, hanged, strangled—all kinds of stuff. Every time, it was for viewer satisfaction. They always like to see the bad guy go down. 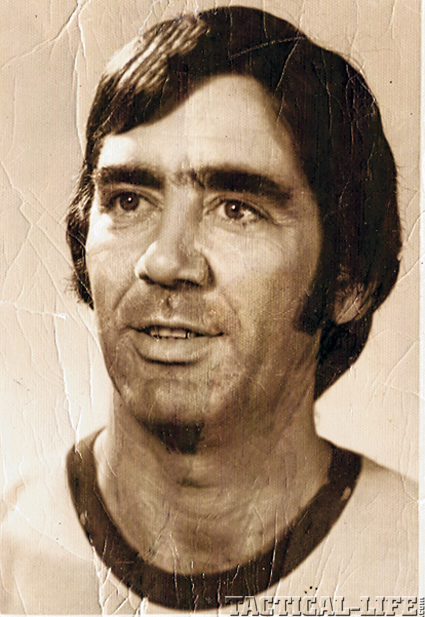 From The Gunny archives! Being a stand-up comedian was a stepping stone that led to a formidable career in the entertainment industry.

TK: How’d you get started in the movie business? What was your first break?
In 1972, I found myself as a retired drill instructor, standing outside the gate at the Marine Corps Recruit Depot in San Diego. Not having any education to speak of, and being retired so early, my objective had been to stay in the Marine Corps for 30 years, but that didn’t happen, and here I found myself retired. Everything I owned in the world was in that damn Sea Bag by my side. I was thinking: Well, Hollywood is just up the road, and I was considered a good drill instructor, one of the best. In order to be a good instructor, you practically had to be a good stand-up comedian, so I went to Hollywood and started working backstreet “comedy clubs.” I was pretty successful for over a year, being called on a lot. Doing your stand-up routines, you figure out what works and what doesn’t work.