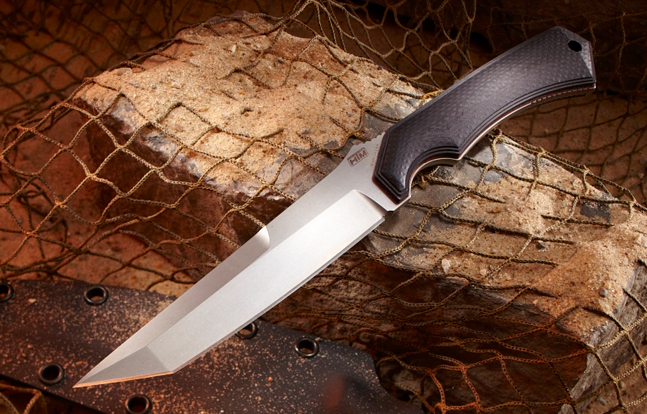 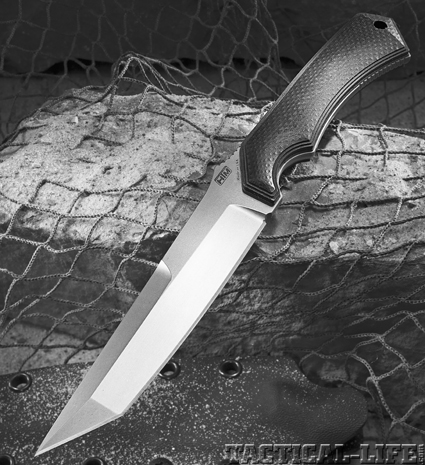 In 1982, a relatively modest action-adventure movie adapted from a novel written by David Morrell introduced a character named John Rambo. As Sylvester Stallone parlayed the franchise into a 26-year four-movie arc in between boxing bouts, the name “Rambo” became both a descriptor and a verb in popular slang, while the “Rambo Knife” (actually changing in each adventure) firmly planted the idea in an entire generation of knife aficionados that a warrior’s blade absolutely had to be huge, heavy, and showy. All three of those attributes would have come as a surprise to a couple of gentlemen named William E. Fairbairn and Eric A. Sykes, formerly of the Shanghai Municipal Police Department. The double-edged Fairbairn-Sykes dagger became the most iconic “fighting” knife of the British Empire during World War II in the hands of elite Commando units and American OSS operatives, and its purpose-driven size and configuration were intended to be exactly the opposite of the Rambo blade: small, light, and a very unobtrusive tool for taking out an enemy soldier. 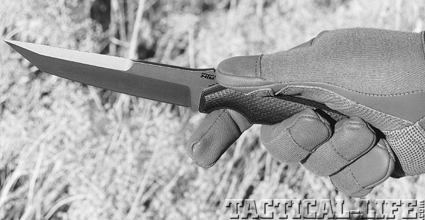 Handle dimensions allow nesting the pommel against the palm to resist slipping onto the cutting edge during a forward thrust.

Collaboration
HTM (Hand Tech Made) Knives has collaborated with designer Randall King in developing a fighting knife that fills roughly the same role of the classic F-S dagger, minus the weaknesses of the older pattern. With an overall length of 9.75 inches, a blade length of 5 inches, and a blade thickness of 5/32 inches, the Desert Enforcer comes in two blade styles, a more or less conventional curved cutting edge with belly sweeping up to a sharp clip point, and the more angular tanto style. Both variations are crafted of CPM S30V stainless steel with textured G10 handle scales for corrosion resistance; both are available with either a black DLC finish or a gray non-glare finish. A non-sharpened swedge on the blade’s spine up front, a single finger groove near the balance point, two sections of jimping up top and one on the bottom of the full tang, and a broadly angled pommel end with a lanyard thong hole finish the picture. 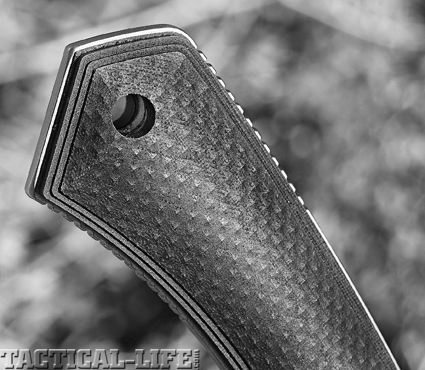 Strong, full tang extends slightly beyond the scales and can function as a skullcrusher, with a lanyard hole option in the handle. 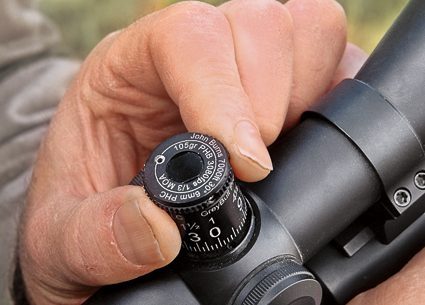