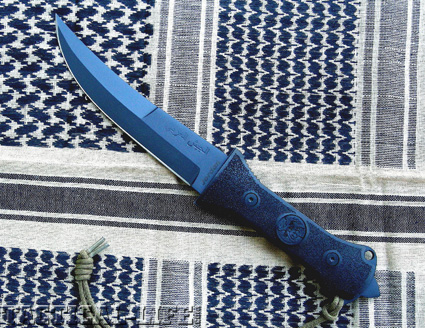 The Jordanian Army offers some very interesting contrasts. Although many Arab traditions are maintained, the Jordanian armed forces are also among the most modern in the region. King Abdullah is a graduate of Sandhurst and served as an officer in the British Army. He also commanded the Jordanian Special Forces, which are rated as one of the best special operations units in the Middle East. Each year Jordan hosts the Special Operations Forces Exhibition and Conference, which is widely attended by special ops personnel from around the world.

The Jordanian Combat Knife is an excellent example of the blending of tradition and modernity in the Jordanian Army. In appearance it resembles the traditional Jambiya, which has a curved blade and a distinctive symmetrical handle that sweeps outward at the pommel and forms a crossguard. In many Middle Eastern countries, the Jambiya is worn near the center of the belt and often has a dramatically curved sheath. Frequently, the handle material of a Jambiya reflects the status of its owner, and when I worked in the Middle East on security jobs, I saw some valued at hundreds of thousands of dollars—in some cases because of historical association. Although worn to some extent for decoration, the Jambiya can be an effective weapon. Interestingly, the one time I had a Jambiya drawn against me, the user used the ice pick grip, which I do not feel lends itself well to this blade design.

Specifications
The Jordanian Combat Knife blends some features of the traditional Jambiya with features of a modern military close combat knife and, I think, does this very well. Reportedly, an influential Jordanian Sheikh monitored the design process to make sure that the traditional appearance was retained. The blade is of subdued Jambiya shape with an upsweep at the point. There is a top edge that runs over half the top of the blade. It isn’t really a false edge, but it is not fully sharpened either. It would serve for an upward cut, though. 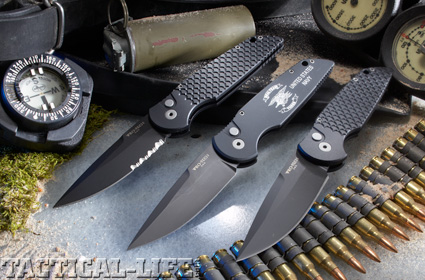