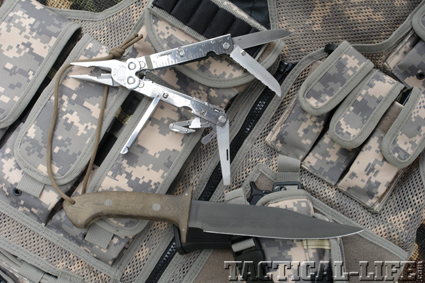 It usually starts with some eager, about-to-enlist young guy posting the question on the web: “What knife should I take with me to boot camp?” I won’t bother keeping you in suspense, the correct answer is don’t take anything at all! The military frowns on trainees having knives in basic and this prohibition usually extends through the various advanced training courses. Once out of training, you will then find that your unit CO has a great deal of discretion as to what he allows under his command. Some come down hard on non-issue knives over a certain length, others give their troops much more freedom. The safest policy is to wait until you are actually in an operational group before buying that knife. By then, you will have a much better idea of what you actually need and what you will be permitted to carry.

Given the nature of the web, simple answers are never the first option. The discussion often separates posters into two camps. The first tend to be those people who have never served in any branch of the service but did see a movie once about the U.S. Navy SEALs, “Delta Force” or a similar action-packed group. They typically push for the enlistee to buy whatever high-priced miracle blade (typically on backorder for three years) is currently in vogue on the forums. I might add that the wonder knife in question is something none of them has actually ever owned.

Once the battle lines have been drawn, the other group springs into action. These are often people who, in point of fact, have served in the military but in some elite MOS such as “laundry room technician second class.” They are only too willing to tell you how, on their last tour in the “sandbox,” the rotten army didn’t issue them anything. But all their life and death experiences in the post laundry has led them to conclude the days of close combat are over.

Many who have spent their time a little closer to the point of the spear will fall back on the stale refrain, “Soldiers can’t afford custom knives, they just buy whatever is cheap at the PX.” By inference, you can take this to mean anyone that claims to have sold custom knives to the troops is not telling you the truth. Most of these individuals will also suggest that one of the multi-tools is the ideal combat cutter.

I think I can speak for the majority of us older vets in stating I actually do wish the various multi-tools had been available a couple of decades earlier. But in my own experience, the knife blade is often the least used of the various tool options on any of them. They may make great pliers but most are only marginally adequate as knives.

While it may not be essential in every military occupation, there is still room for a good, basic, combat/utility knife on an infantry trooper’s web gear. Does it have to be an expensive custom? No, there are plenty of well-made production knives on the market that will fill the requirement. Customs are, and always have been, for people who simply like knives. Knife aficionados will usually be a minority in any combat unit as hot cars, computers, wide screen TVs, flashy civilian clothes or good times in general, normally take priority with the average enlisted man.

I have been surprised at how many documented stories of knives being used in close combat have come out of Iraq and Afghanistan. If you think custom knives are too expensive, just what price do you put on your own life? I know the decision I made back in 1967 when a Private E-1 was taking home around $60 a month! 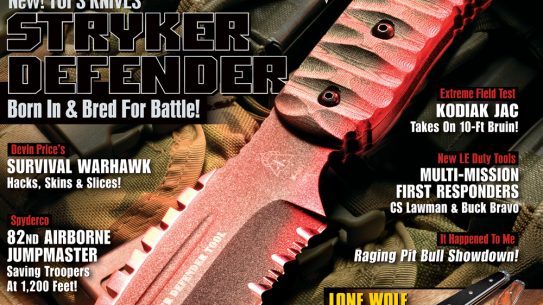 It usually starts with some eager, about-to-enlist young guy posting the question on the…