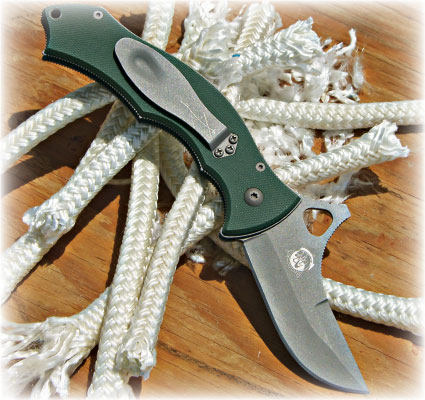 Over the centuries, the Philippines has been a crossroads of cultures and a proving ground for conquering nations. During the 16th century the Portuguese explorer Magellan, under the colors of Spain and the church, had circled the globe in search of wealth and trade routes to the Spice Islands, and landed in the Philippines. Among his actions, Magellan demanded that all leaders throughout the islands surrender to Spanish control and submit to the will of the crown and the church. However, one brave and daring tribal leader, Lapu Lapu, stood in intense defiance of Magellan and his men. Lapu Lapu and his men met the invaders and launched into a bloody battle for their very freedom, armed with nothing greater than sharpened sticks. In the end, Magellan’s men would sail home without him, following his demise at the hands of the seasoned and dedicated Lapu Lapu. Nearly 500 years following Magellan’s death, a new and dynamic edged tool has emerged bearing the name of the warrior who brought him down and defended his land, the Lapu Lapu Corto. Designed by edged weapons trainer Bram Frank and produced by Cherusker-Messer of Germany, the Lapu Lapu Corto, or LLC is the latest and most dramatic evolution of Bram’s Gunting family of edged weapons. This unique line of knives are designed to be used as much for trapping, striking and pressure point techniques as they are for cutting, making them very unique tools indeed.

Behind the Blade
During the 2007 Orlando SHOT show, Bram caught me and immediately asked, in a tone similar to a proud father with a handful of cheap cigars announcing the birth of his first son, “Have you seen my new knife?” Being familiar with Bram’s knives and having carried one of his Gunting designs, I was curious but skeptical over what was probably just another piece of sharp metal. However, when he placed it in my hands, I knew the Lapu Lapu was something different and I couldn’t wait to start “playing” with it. 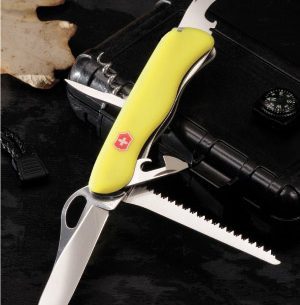 The One-Handed Trekker, a German Army Knife, is about to become a civilian blade.