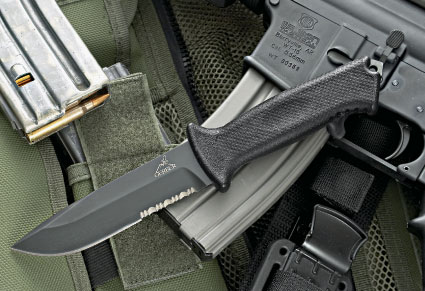 A few years ago Gerber Knives entered the design and bidding competition for a new Army pilot survival knife. Like many of the recent military small-arms development projects, the Army ultimately made the decision to not make a decision. As I understand it, a few thousand of another company’s entries were procured but no one design was picked to replace the standard Marble’s designed Pilot Survival that has been issue since 1957. As with many development projects, once the money gets spent on engineering and tooling, something needed to be done to recover some of those costs. The normal answer is almost always to release the product to the general public. Gerber’s LMF-II, in both aircrew “egress” version and in “infantry” models, quickly became very popular private purchase blades with the troops in combat zones. As I’ve pointed out before, I thought highly enough of the knife to send one with my sister’s nephew when he shipped out to Iraq. 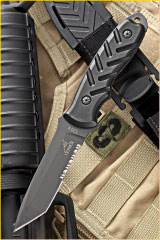 While the LMF-II is a great knife, there were some of us who felt that a few changes would make it even better for infantry use. Like all emergency egress knives, the ability to force your way out of a downed aircraft was a major design concern of those who created the LMF-II. A standard feature of almost all pilot survival knives has long been a heavy steel pommel that could be used to smash through Plexiglas and serve as a hammer in survival situations. An infantryman might find that feature useful occasionally, but most of the time it would just be added weight. Hammer pommels also tend to give a knife a very handle-heavy balance. Someone at Gerber must have been listening, as they recently introduced the “Prodigy,” a knife that might be called the “light infantry” version of the LMF-II. 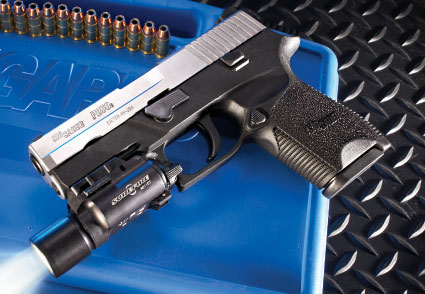