0
SHARES
30
VIEWS
Share on FacebookShare on Twitter
The new Martin Knives SERE was designed to bring you home alive and one piece under the worst combat condition a troop can endure, escaping and evading enemy trackers.

While there were certainly a number of military survival schools in all branches of the service around before him, Col. Nick Rowe is normally given credit for starting the current program of “S.E.R.E.” (Survival, Evasion, Resistance, Escape) training. Col. Rowe had spent five years as a prisoner of the Viet Cong after his Special Forces firebase was overrun in 1963. He eventually escaped his captors by killing his guard with a club and signaling a helicopter to pick him up. He was infamously assassinated in 1989 by Filipino communists on a later military assignment, some feel with the help of Viet intelligence operatives. 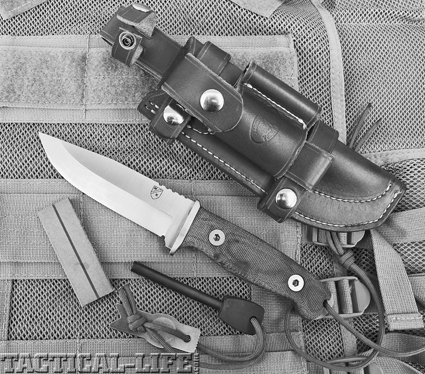 While it is an extra cost option, I liked having both the firestarter and diamond surfaced knife sharpener attached to the sheath.

Since then many companies have used the acronym “S.E.R.E.” for various models of survival knives. Unlike most of the people currently teaching this skill in the military, as an ex “Lurp” (Long Range Patrol team member) I’ve actually spent considerable time “escaping and evading” enemy troops. S.E.R.E. was more than some kind of school-taught merit badge for me, and the first thing I will tell you is to forget any fancy knives if you actually end up on the “resistance and escape” part of that. Your best hope is to put every bit of your effort into “survival and evasion” while you still have a reasonable amount of gear to work with. And that is where a well-designed knife like the new Martin T3 S.E.R.E. model comes in. 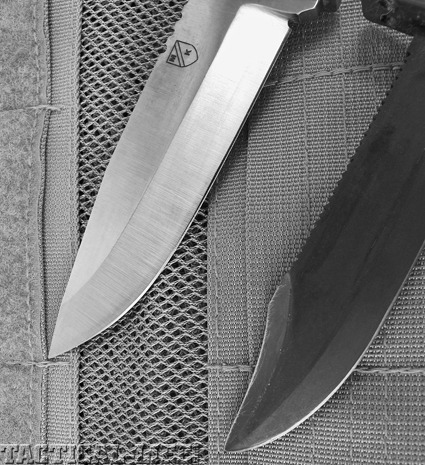 Unlike the issue Pilot Survival Knife, there is little chance of the point breaking on the Martin SERE under any kind of reasonable use.

Defining S.E.R.E. Knives
So what makes a good S.E.R.E. knife? While it is always possible that any troop could find him or herself in an escape, evade and survive situation, aircrews and recon teams are the personnel that most commonly need the equipment. If I have heard one common demand from pilots, it is that their survival knife needs to be compact and out of the way while they are flying. This is a tool they are going to carry everyday but hope to never need. As a result, many full-size combat-type knives are automatically cut from the list. Sometime in the 1960’s, the military decided that a blade around 5 inches in length was the most practical size for a pilot survival knife. This provides a weapon that is relatively compact but not so small as to be ineffective for serious use. Recon teams have a little more flexibility but, in general, the same requirement of a compact, easy-to-carry tool is still highly desirable. As many an experienced combat troop have stated, if the choice is between one more 30-round magazine or an oversize knife, they will pick the extra ammunition.