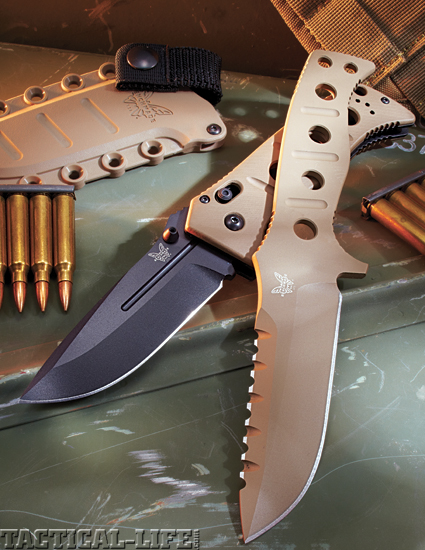 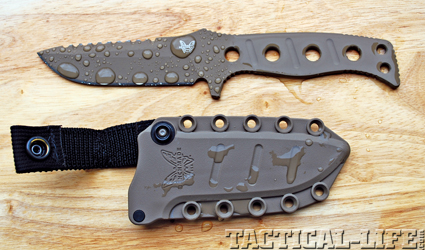 After four days in the rain, frost, a little snow and frozen in ice, no corrosion was noted, even on the exposed sharpened edge of the D2, 375 Adamas fixed blade.

Major Struecker had been a fan of Benchmade for a long time, always deploying with at least one of Benchmade’s knives. Shane James, who works at Benchmade and is a former Ranger, was a medic with Struecker in Mogadishu. James is the man who introduced Struecker to the folks at Benchmade, and Struecker asked if Benchmade would consider working on a knife project to help raise funds for the Ranger Assistance Foundation. 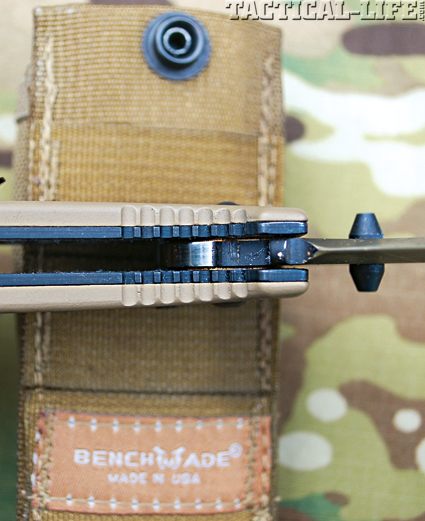 You can just see the oil impregnated bronze washers that make opening and closing the 275 Adamas folder so smooth and easy. The open construction of the 275 makes it easy to clean, if any dirt or sand gets into the handle.

Part of the Ranger Creed is that they will “never fail their comrades” and they will “never leave a fallen comrade.” This extends to the family members of wounded or fallen Rangers. The Ranger Assistance Foundation’s President is another Ranger Neal Gentry (Ret.), who was inducted into the Ranger Hall of Fame in its first year back in 1993.