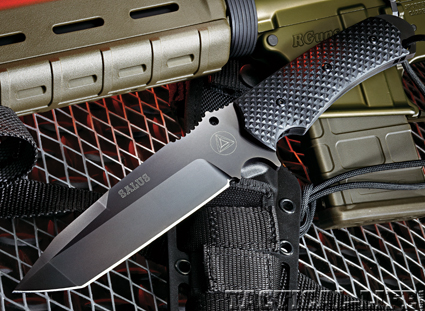 In the March 2010 issue of Tactical Knives, I had the opportunity to review the M1 tactical folder from a then-new company called Combative Edge. Founded by Rob Walker, a high-level practitioner and instructor of the Filipino Martial Art of Kali, Combative Edge was conceived to provide both exceptional tactical knives and the combative training necessary to employ them effectively.

Since that review, I have seen the M1 folder in the hands of a number of very high-speed military personnel and other savvy tactical knife users. Like me, all of them were very pleased with the M1’s quality, strength, and performance. However, they also realized the limitations of a folding knife and began jonesing for a comparable fixed blade. True to form, Walker rose to the challenge and listened to their requests. The result is Combative Edge’s first production fixed blade—the Salus. 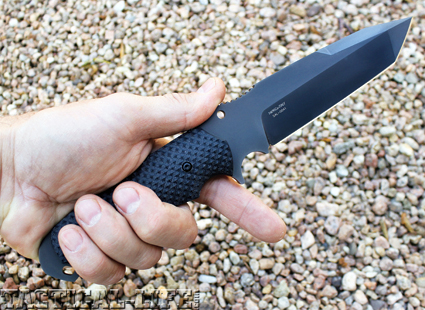 Genesis
Salus is Latin for “health, soundness; safety, welfare, and salvation.” An appropriate moniker for a knife designed to serve as both a survival tool and a personal defense weapon, it began like the M1—with a desire to provide a simple, no-frills design that focused on function. Like most designs, Walker started with some basic sketches and a few rough models. Once he had defined a basic concept, he enlisted the aid of his friend Steve Woods to validate the basic design and refine the details. Regular readers of Tactical Knives will recognize Woods as one of the professional photographers whose work regularly graces the pages and cover of the magazine. They may also recall that he is an IPSC Grand Master and an accomplished custom knifemaker whose work was featured in the March 2011 cover article.

With Woods’ input, Walker finalized the design and sent it off to Fox Cutlery in Italy. Using their formidable production resources, they faithfully adapted the Salus to a high-quality production piece. 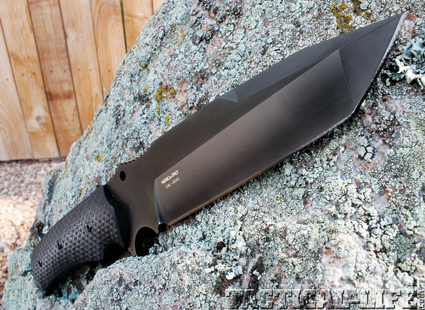 The Salus’ blade combines an American tanto profile with a dropped point and an unsharpened swedge. The result is a strong, functional, well-centered point.