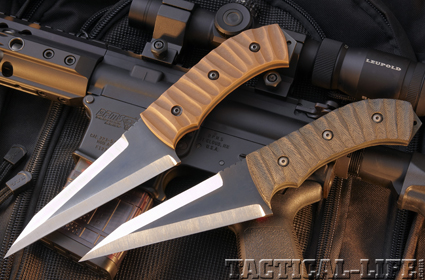 Fighting effectively with a knife requires knowledge of human anatomy and physiology. Granted, anyone with a sharp blade and enough aggression can certainly cause tremendous injury, but blindly cutting and thrusting isn’t the most effective way to get the job done. In the 15 years that I’ve been publicly teaching my approach to knife tactics, I’ve had many medical professionals as students and even taught my system at the International School of Tactical Medicine. In the process, I’ve validated the core concepts of my approach and learned a lot about the finer points of knife fighting anatomy. I was therefore extremely intrigued when reviewing a combat knife that had been designed and made by a former General Surgeon and Wound Care Specialist. 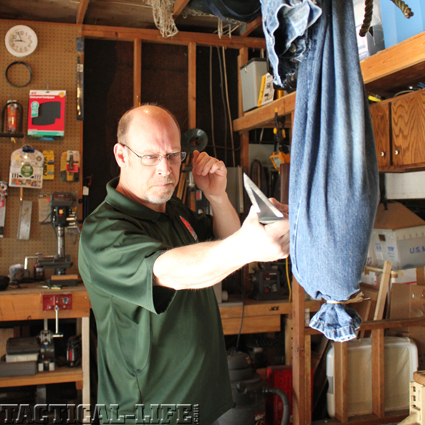 To test the combative cutting performance of the 11 Bravo, the author tested it against a target made of a pork roast suspended in a jeans pant leg.

Street to Soldier to Surgeon

The knife I’m referring to is the 11 Bravo made by Dr. Miguel D. Montagnese MD. Dr. Montagnese grew up in Lorain, Ohio—a tough industrial city on the shore of Lake Erie. After high school, most of his peers were leaning toward the wrong side of the law, so to escape that cycle Dr. Montagnese joined the Army. He served three years as an infantry enlisted man before suffering a service-related injury that ended his military career. He returned to Ohio, enrolled in college and ultimately set his sights on medical school and a career as a surgeon.

Dr. Montagnese did his residency in the trauma ward of the Akron City Hospital, where he treated countless knife and gunshot wounds. Through this experience, he not only honed his medical skills, but also developed an intimate understanding of the dynamics of knife wounds. Ultimately, Dr. Montagnese specialized in Minimally Invasive Laparoscopic, General, and cancer-related surgery and had a very successful career as a surgeon and wound care specialist. In that context, he also had extensive experience in the use of scalpels and what it takes for steel to cut flesh. The effects of his earlier injuries lingered and he ultimately had to stop practicing surgery. 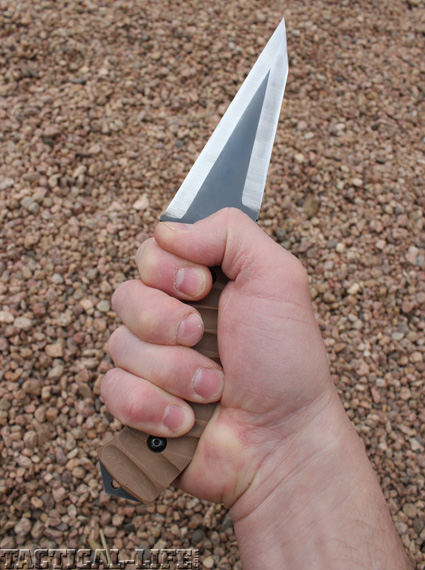 The blade design of the 11 Bravo combines a straight wharncliffe cutting edge, a sharpened back edge, and a well-centered, reinforced tip.