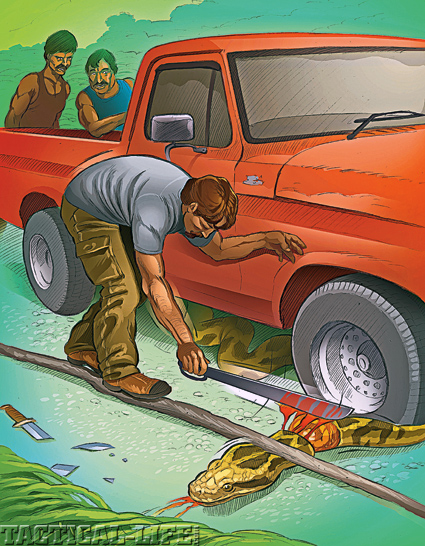 A few years ago, I was working around the southern end of Miami as a landscaper. During the springtime, it was dangerously hot, and we normally had to work late in the day or early mornings so we could avoid the heat of the midday. One of my tools I always had with me, regardless of which work truck I took, was an 18-inch Ontario D-handled machete that I kept sharp under my seat. We have trimmers and weed eaters, but there are many occasions where the machete is faster to grab than bringing out the gas-powered equipment and starting it up just for a few weeds. My co-workers followed suit, sort of, and obtained an 18-inch machete of questionable origin from Wal-Mart. I warned them about dull, cheap machetes, but they ignored me and let it rattle around their truck. I don’t think I ever saw that machete sharp once, and the handle was already loose. Little did they know that the cheapness of the machete would be its downfall in a dangerous situation.

On the news, we had heard about all of these big snakes that people let loose in the Everglades becoming a big problem, but I considered it more of a Big Foot myth than a real thing to worry about. After all, I was a landscaper and always outside, and except for the occasional king snake or little worm snakes, we rarely encountered anything dangerous. One steamy afternoon in April though, I got a frantic call from my co-workers who were working a few miles from where I was.
Their old white Ford pickup has a trailer behind it, which makes it hard to stop. While on their way over to me, the driver saw something in the road, but it was too late to miss. His buddy said, at first glance, he thought it was a 4-inch-wide PVC pipe that they had hit. The driver opened the door to look at the damage only to have a 12-foot Burmese python snapping right at his foot. He closed the door and jumped out the other side.

They had accidentally pinned the giant snake under the front tire, and it was pissed off, bleeding from the mouth, biting the tire and everything around it, hissing and thrashing.
I got the call right as I was about to leave. I got in my work vehicle and drove up to them within a few minutes. The three workers were wary of snakes, but as I came up, one of them approached the angry reptile with a machete and a stick. The monster snake looked at him, hissing and frothing. 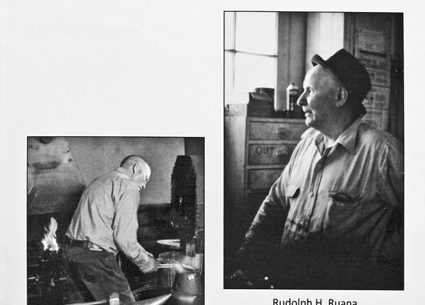 By Ron Hopkins: A few years ago, I was working around the southern end…