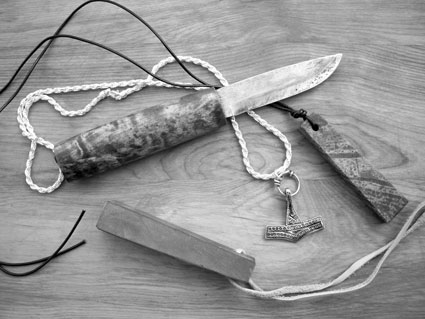 If you tour the historical sites and museums of Denmark, you quickly notice the average individual during the Viking age was usually buried with three very important personal possessions: a firesteel, a small belt knife and a sharpening stone/pendant. I should probably add this is true of both male and female burials. The firesteels of 1,200 years ago looked pretty much the same as the C-shaped ones used on the American frontier. Belt knives recovered from these graves tend to be much smaller than you would expect from this violent period. In general, they seem to have been fixed-blade versions of the modern pocket knife. And of course, if you are going to carry a knife, you are going to need a way to sharpen it from time to time. Which brings us to the Viking age whetstone.

One of the interesting historical facts I discovered in Denmark was that, while that country has huge deposits of flint, they lack a suitable stone for knife sharpening. The Norwegians, on the other hand, have good deposits of minerals that could be used for honing edges but no major amount of flint. Flint was used for both tools and weapons in Scandinavia well into the Bronze Age because of the expense of the technically superior metal. Even after iron became common, flint was still an essential product for starting fires. Naturally, a major trade developed between the two regions in flint and sharpening stones. 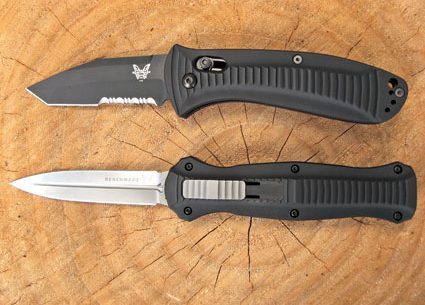