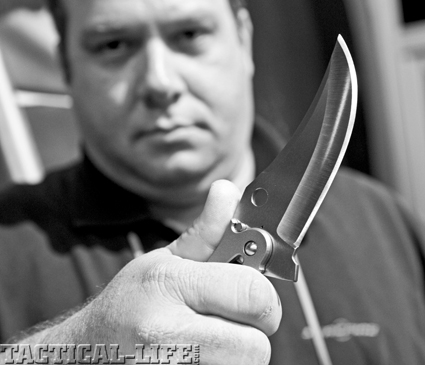 For better or worse, the January 2011 SHOT Show was once again held in the Sands Convention Center in Las Vegas. While most of us wish there was a way to move it back to the Hilton Convention Center, I did notice that many of the vendors who were marooned in the back corners of the basement last year had found a way to obtain booth space on the main floor. Harris Publications, including Tactical Knives, was moved to the main floor in one of the Law Enforcement Suppliers side-rooms. I can guarantee you we gave away several thousand magazines in the first two days and had little to offer but subscription forms by the last afternoon! Overall, it seemed to be a very good show with much higher attendance than 2010.

As is the case in any show of this size where you are trying to visit several thousand booths, it is inevitable that you will overlook a few vendors. My apologies go out to those in advance. It is also true that many companies introduced far too many new models for the magazine to describe each and every one in a single article. I will do my best to cover what I thought were some of the more interesting new blades in alphabetical order.

Steve Ryan gave us a preview of an interesting prototype folder that may become part of the SureFire line sometime in the future. 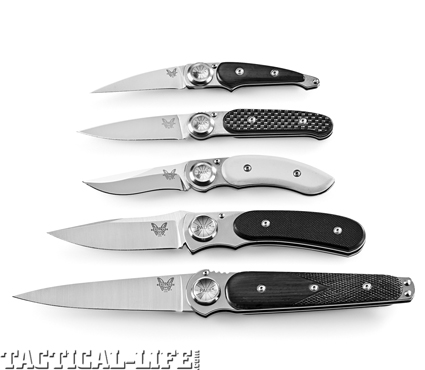 Much of the old Lone Wolf “Paul Axial Series” line of button locks will now be available under the Benchmade brand. 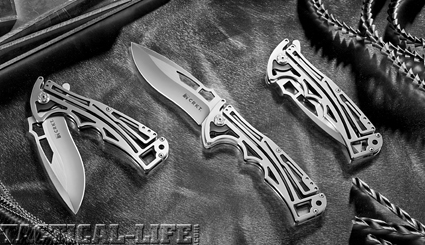 The NIRK Tighe was probably the most striking looking new model in the CRKT 2011 line.
Unlike last year when they introduced around 70 new models, CRKT told me they were going to try a more manageable 36 for 2011. Probably the flashiest CRKT for the year is the NIRK Tighe designed by Brian Tighe and Glenn Klecker. This large and unique new “flipper” opening folder seemed to be as good looking as it was useful. Other new models included two Crimson Trace tool knives, M16s with glass breakers and strap cutters built into the handle, a 9.25-inch James Williams-designed Shinbu tanto, and, believe it or not, left-handed versions of the M21-04G and M16-SFG tactical folders. www.crkt.com

The “Force” offers a heavy-duty blade that is almost a quarter-inch thick at the spine!

The “SOG Ops” is a redesigned drop-point, recurved edge version of the ever popular SEAL Pup.

SOG was showing a number of new fixed-blade models that should be of major interest to TK readers. The “SOG Ops” is a drop-point, recurved-edge version of the ever popular SEAL Pup, while the Force is a drop-point version of the SEAL Team. The “Recon Bowie” is back in a less expensive user-friendly 2.0 version, as is the “Demo.” The originals of this last model are one of the rarest combat knives of the Vietnam War because most were lost on raids into North Vietnam. Tomahawk lovers will find that SOG’s models have been upgraded and now include a double-bit version equally suited to both military operations and civilian bushcraft uses. www.sogknives.com 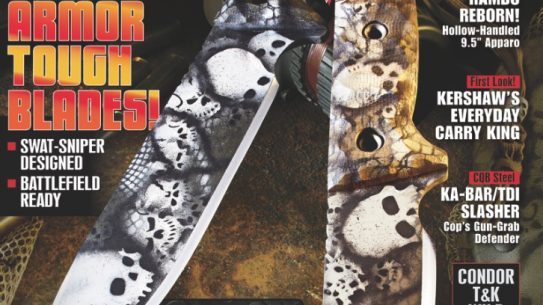 For better or worse, the January 2011 SHOT Show was once again held in…