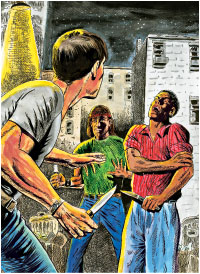 It was the early 1970s and I had just left the army after pulling three tours in Vietnam, a couple with a Special Forces “Greek” project and one as an adviser to a Viet Ranger unit. Stateside life was a bit of a shock to me after my time overseas. While I could accept some wanting to protest the war, seeing long-hair druggies waving North Vietnamese flags and actively cheering for the enemy to win was a little too much for me. I tended to feel rooting for the enemy against my battle brothers made THEM equally the enemy! It was time for me to explore other possibilities before I did something I might regret.

The old SF grapevine said there were some interesting opportunities in the Rhodesian Airborne. Among other things, they were actually conducting combat parachute jumps on a regular basis, and what true, blue paratrooper didn’t want to make at least one hot drop? With nothing tying me down, I hooked a flight to Africa and ended up in Salisbury (now Harare).

Once there, I was able to hunt down a few other ex-American military types that had enlisted with the Rhodesians. From their assessments, it didn’t sound good for the long-term future of the standing government, so I decided maybe I should again consider my options. Not having anything better to do, I spent the night in a bar nursing a few Lion Lagers. At closing time I wandered down the dark street that led back to my cheap hotel room, only to have two locals step out of shadows in front of me. “Hey Man! Give us some dollars for beer!” It didn’t sound like a request, more like an order. An instant later, Okapi knives appeared in both of their hands. Now that sobered me up in a hurry!

I meekly mumbled something like “Guys, I don’t want any trouble,” and reached into my pocket as if I was trying to find some cash. What I actually had in the pocket was my old faithful Puma “Prince” lock-back folder that had served me so well on many a recon mission in Vietnam (the Prince was basically a stag-handled knock-off of the popular Buck 110). I had practiced one-hand opening this knife by holding the blade and snapping the heavy brass framed handle downward until I could do it by instinct.

Now I personally don’t believe that such a thing as “defensive knife fighting” exists. You win a knife engagement by attacking faster and more aggressively than the other guy. Snapping the Puma open, I moved in and slashed the first guy across his knife arm before he could react to my own blade. Fortunately, they didn’t seem to be expecting any resistance on my part to their shakedown. Keeping my momentum up, I followed the slash with a deep thrust under his ribs and then gave him a hard shove into the second mugger. Stepping around the first guy, I slashed the second attacker across the face before he could untangle from his partner. That brought a serious scream of pain from my target and I decided it was time to clear out of the area at a run. Apparently, neither of them felt like following me.

After lying low in my hotel room for the remainder of the night, I caught a bus for Johannesburg, South Africa, the next morning. I found work there on a game ranch and it was several years before I returned to the U.S. As to what happened to the guy I stuck, I don’t know. I suspect with quick medical attention he would have survived, but it really wasn’t my problem anymore. 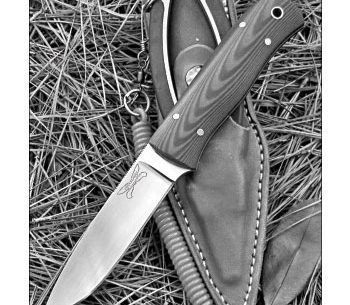 Twin Blades’ latest folding knife is one of an array of new products on...