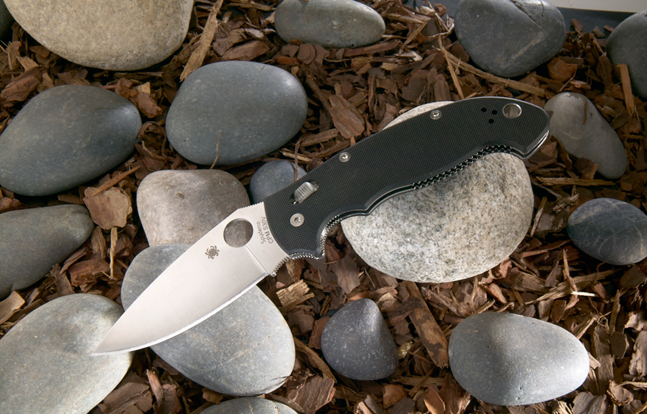 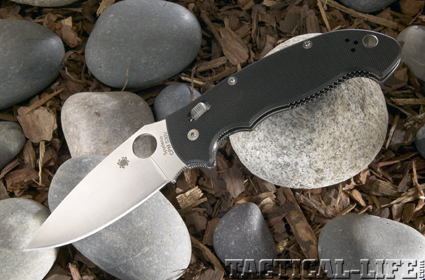 Spyderco carries on the rugged Manix line in 2012 with the new ball-bearing-locked Manix 2XL, a return to the same size as the original lockback Manix.

Back in the 1980s I was a working cop at the time when Spyderco first started to gain a following for something other than their very practical ceramic sharpening system. The folders they introduced were truly revolutionary, from the “Spydie Hole,” through the aggressively serrated “SpyderEdge,” to the unique pocket clip on the side. Before that, those of us who wanted to be able to open a folder one-handed had to find a type that allowed a flick of the wrist to do the job, which could be pretty mean looking if you wanted to make an impression on somebody, but not always all that practical if you just wanted to quietly and unobtrusively get your blade out and ready to go.

In my case, I didn’t immediately buy in though. When I did briefly try out the Spyderco concept, I liked the package, but for some reason I couldn’t keep it in any uniform pants pocket I owned. Front or back, it always fell out sooner or later, and I gave up. It wasn’t until years later after retiring, when the Manix was first introduced, that I was interested enough to try Spyderco again for daily carry on my own time. The lockback Manix was sizable, easy to open, sturdy, and fit my hand quite well. It was, however, no pocketknife, for me at least. At 5 inches long and nearly 2 inches wide when closed, it just took up too much room. I was sold enough on the Manix though to chase down a Canadian maker who built me a tightly molded open-topped belt pouch for it, and that’s where it’s ridden just about any time I leave the house ever since. I’m fortunate in being able to live most of my life in denim, and if I’ve got my Levi’s on, I’ve got that original Manix on. 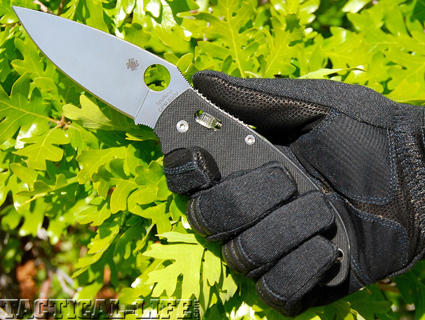 The Manix 2XL works on duty just as well as off, and a good glove is advisable for extended sessions.

Not long after, despite the Manix selling well for Spyderco, the company replaced it with the Manix 2, a smaller version with an overall length of 4.88 inches and width of 1.75 inches. The blade was correspondingly shortened from 3.75 inches to 3.38 inches, and the Manix 2 used a Spyderco-patented ball-bearing lock invented by Eric Glesser, son of owner Sal Glesser, instead of the back lock on the first Manix. The second-generation Manix also sold well, with the same choices of serrated or non-serrated cutting edge, and it’s still in the line. For 2012, though, Spyderco returned to nearly the same overall dimensions as the original Manix with the new Manix 2XL. While the newest Manix shares an almost identical profile with the oldest, there are differences. 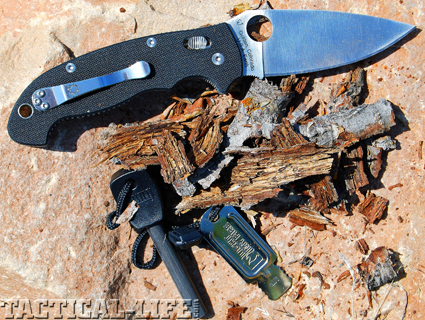 As a trail partner, the big Spyderco can handle a number of camping and survival chores. 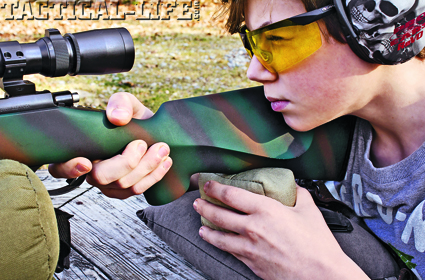