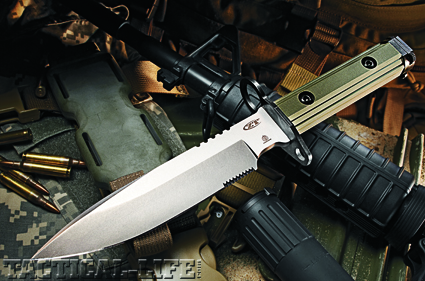 Zero Tolerance’s line of tactical knives has long impressed me as some of the best in their category currently on the market. Not only are they made in the USA, but all of their basic designs are tank tough and battle ready. That said, I was a little surprised at their choice for their most recent addition to the line, the “ZT-9 Strider Bayonet.” After all, “conventional wisdom” states that the troops no longer need bayonets and that most would be just as well off with a multi-tool or some other utility cutter. On the other hand, there have actually been a couple of bayonet charges by British troops in Iraq and urban combat conditions have created more close-quarter combat situations than you might expect. I was recently told by an individual still working for a government agency in Afghanistan that certain high-speed units were actually considering going back to clearing rooms with fixed bayonets on their M-4’s.

A True Believer
For the record, I’m a believer in issuing bayonets to infantry troops. It goes without saying they are going to need some kind of knife for field work and I think there are some very good reasons to go one step further and make it suitable for use on the end of the issue rifle.

I’ve often heard self-proclaimed combat “intellectuals” state, “If it comes down to bayonets, something has gone terribly wrong,” like they personally would never let that happen. Well, I have news for them, the history of warfare is a long list of events that went terribly wrong. As the Prussian Field Marshal Helmuth Carl Bernard Von Moltke stated in the 19th century: “No battle plan survives the first contact with the enemy.” Any adversary is going to exploit what they perceive as your side’s weaknesses. In Vietnam, the North Vietnamese Army quickly learned the way to counter our superiority in air and artillery was to work as close to American positions as possible. They called it “grabbing the enemy by the belt.” If an enemy considers you not prepared to engage in close combat, point-blank encounters will naturally become a tactical goal. How would you feel if a few hundred screaming Taliban suddenly overran your outpost as has happened a couple of times in recent weeks? A bayonet might not seem like such an obsolete weapon under those conditions. 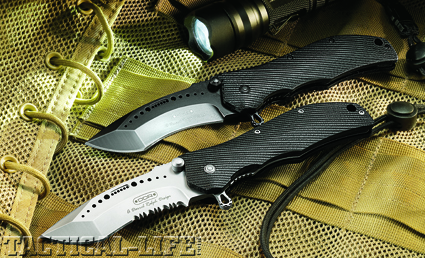