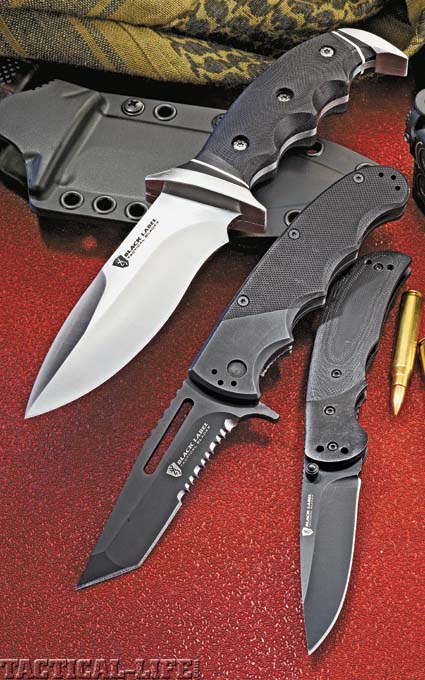 In 2011, Browning Arms “leaked” word of a totally new line of knives that depart substantially from the company’s more generalized outdoor blades. A mix of sources, materials, styles, and sizes, all have one thing in common—each one of the 30 Black Label knives was designed by longtime Browning designer and lifetime outdoorsman, Russ Kommer. Kommer is a native Minnesotan, with an extensive background gained from personal experience as a big game guide in some of Idaho’s most rugged high-mountain terrain, as well as numerous hunting forays in the wilds of Alaska. That all involves dressing out game, and quite a bit of it over the years. In such a hands-on field laboratory, what works and what doesn’t quickly becomes quite obvious. Based on that background, Kommer was already producing high-quality custom knives when approached by Browning some time ago, and he has designed the majority of Browning’s general-purpose knives over the past four years.

The idea for a tactical line initially came from Browning’s Knife and Light Product Manager, Diane Carver, back in 2005. Carver strongly felt the company bearing John Browning’s name, with his long history of battlefield designs over the past hundred years, should offer a more specialized knife line that reflects that history. Such things take time, but she proposed the idea to her boss, Dale Weathers (VP of Outdoor Products, which is everything other than guns), who bought into the idea and kicked it upstairs to then-company-president, Charles Guevremont, who eventually green lighted it. Some discussion followed over whether Kommer, a hunter by inclination, was the right man to generate a full line of tactical patterns, but after viewing his own high-end customs and considering his previous work for Browning, the nod was given and the two-year design and production process began. During that process Kommer conducted more field research with law enforcement and military personnel for input on the needs and expectations of a tactical knife, and incorporated those into the resulting patterns. 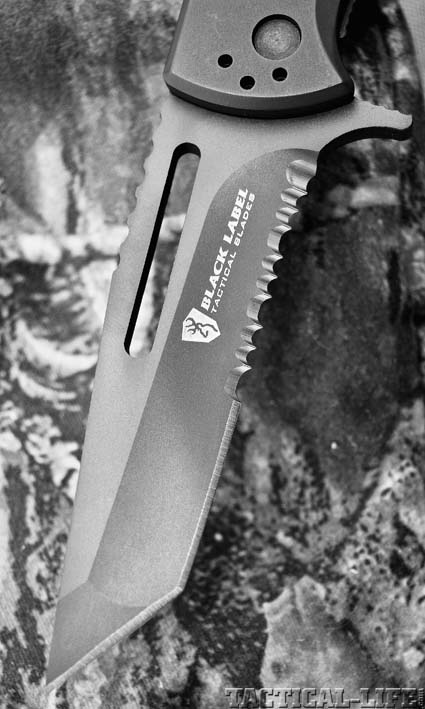 The Hell Fire’s unique and aggressive tanto-designed blade can penetrate, slash or rip with equal ease.

As the project was in development, Jared Wihongi was also brought in as a consultant. Wihongi, a resident of Utah (where the Browning headquarters are located), was raised in New Zealand and has 25 years of international martial arts behind him, including time spent as an instructor in open-hand and blade techniques with elite special operations agencies and units in several countries, as well as an eight-year full-time law enforcement background in Utah where he currently occupies a slot as a reserve officer on SWAT call-out status. 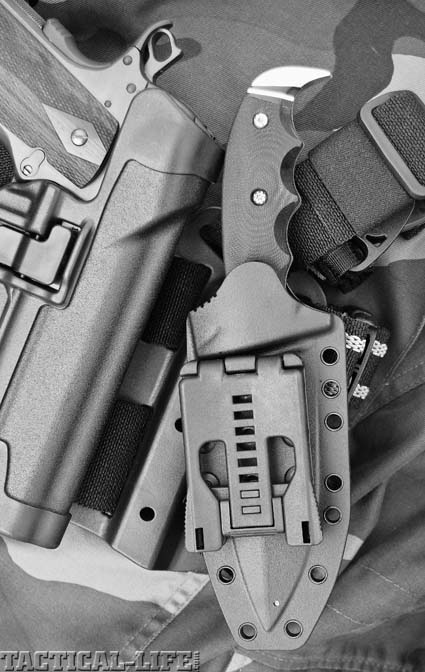 The Shadowfax sheath adapts securely to open-carry duty use on various belt widths, and lashes to MOLLE gear easily with 550 cord.