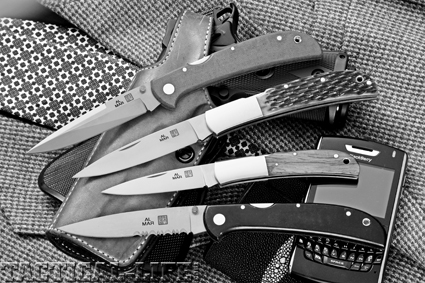 It wasn’t that long ago that those that went armed as an everyday working requirement were often limited to folding knives designed for something else entirely. One of the first people to really make that start to change was the late Al Mar. An ex-Special Forces soldier and former knife designer for Gerber Cutlery, he struck out on his own in 1979. From the start, Al focused primarily on the tactical side of the industry, a rare thing in those days. One family of folders, in particular, that found favor with operatives on the “dark side” of the house, were his “birds of prey,” the Osprey, Hawk, Falcon, and Eagle. 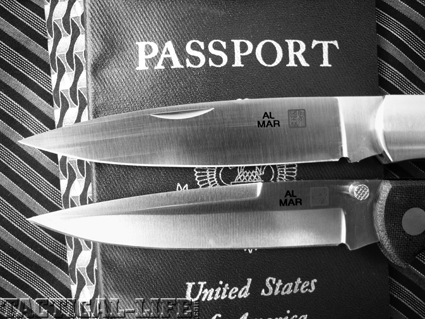 Same but different. While they are actually the same thickness on the spine, the flat grind of the classic Eagle makes it a much stronger blade than the Talon grind of the Ultralight below it.

First Sighting
Strange as it may seem, I first noticed these knives while visiting the Portland, Oregon zoo. Outside their famous elephant house was a glass display case containing an “ivory” Micarta-handled Eagle. Next to the knife was an explanation that this was an example from a local cutlery company of why real ivory wasn’t required in the modern world. Given the years that have passed, I don’t remember if Al acknowledged it or not, but those early Al Mar knives all bore a very striking resemblance to the magnificent customs of Jess Horn. Though I would have dearly loved to carry a Horn folder, the Al Mar Eagle was certainly an excellent replacement. The Eagle and its brothers always were “dressier” tacticals than most and the ivory-like handle scales really made this knife stand out.

Blue Cover Beginnings
Not long after that, Al and I were discussing his line for an upcoming magazine article. Handing me a wood-handled standard “Eagle,” he explained that certain intelligence agencies referred to the knife as a “blue cover special” (after the color of an American passport). He went on to say they had found it an excellent low-profile weapon for traveling in areas where they were denied firearms. In more recent times, I noticed the author of a book on tactical knives claimed the Eagle was actually designed with feedback from these agents. The theory was it could be easily thrust past the blade to create a much deeper wound than its 4-inch blade would suggest was possible. 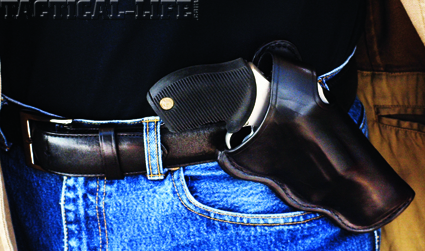 ORDER IN THE COURT