TO HELLE AND BACK!

There’s a growing trend of survival experts promoting their preferred survival knife. These designs reflect a lot on the person’s experiences and philosophy and can be interesting to watch. One of the latest collaborations to come about is one between the Norwegian company of Helle Knives and Les Stroud, star of the hit shows Survivorman and Beyond Survival. The resulting knife, the Temagami, could be said to be as much of a bushcrafting knife as it is a survival knife, and that’s probably appropriate when you consider that Les’ craft is wilderness survival.

Temagami Roots
So, what is the Temagami? The Temagami is a region of northeastern Ontario, Canada, famous for its old-growth red and white pine forests and its many lakes. It’s an area known for its canoeing and is very popular with outdoorsmen. It’s also an area that Les Stroud spent a lot of time in as a youth and the place where he found a knife while on one of his outdoor excursions. Although he didn’t know it at the time, the knife he found was a Helle, and according to the cutlery maker’s press release, it would “prove to be the best knife that Stroud would ever use.” 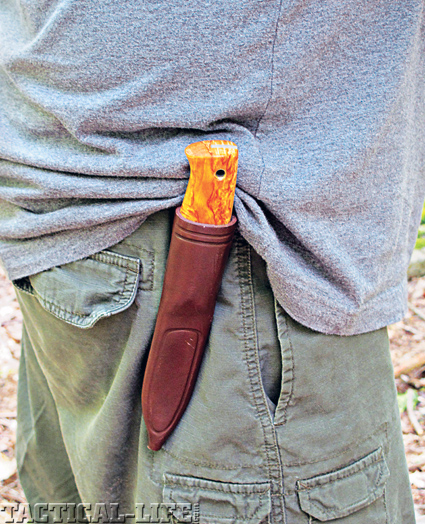 The Temagami comes with a brown leather, back-sewn sheath. It rides below the belt line and allows for movement with the user’s body when sitting and getting in and out of vehicles.

Stroud carried that found knife for years until it was later lost and again reclaimed by the wilderness. Helle became interested in the idea of doing a knife collaboration with Stroud after hearing the story of his lost knife and because they liked the philosophies that he displayed with his Survivorman television series. They wanted to design a knife that could be truly used by outdoorsmen—one that wasn’t just a marketing gimmick. 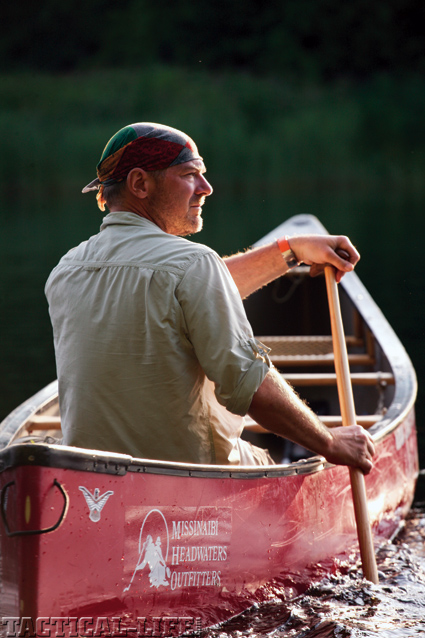 The Temagami wilderness is a vast area of lakes and old-growth pine forests. Les Stroud spent much of his youth in this area and it was here that he first gained experience with Helle knives. Laura Bombier Photo.