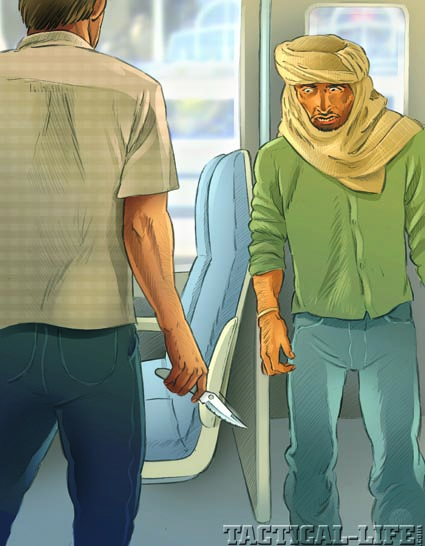 As a practicing field archaeologist around Europe for over 30 years, I have used a variety of knives for excavation purposes while always being aware of their potential as self-defense tools. No matter how much one tries to avoid dangerous situations overseas, there may come a time where you will have to defend yourself, and a sharp steel can give you a comforting advantage.

Such was the case for me during the summer of 2005 as I traveled to the Netherlands to assist in excavating Roman sites in the eastern part of the country. This area had been the frontier between the northern border of the Roman Empire and war-like Germanic tribes to the east. My itinerary took me through Schiphol airport at Amsterdam where I then boarded a train shuttle for the first part of my two-hour ride due east. Four stops over I had to change trains at Duivendrecht, which is the great nexus for train connections all over the Netherlands. The station here is a huge, multilevel complex with many isolated train platforms and, as such, ideally suited for strong arm thieves. In fact, since most foreign tourists had to pass through this station it was routinely targeted by thieves to the extent that the station authorities would warn travelers about their presence over the PA system every half hour. It is a pity that the authorities could not do more about these thieves than just report on their presence. I should have paid more attention to the warnings.

After I arrived at Duivendrecht I descended to a lower level train platform for the next step of my journey. This isolated platform contained only a few passengers at the far end while I waited the 15 minutes for my train to arrive. I was glad that I had retrieved my SAK and my well-worn Spyderco stainless steel Police folder from my checked luggage at the airport. The heft of the Spyderco in my right pocket was particularly comforting given the PA announcement of thieves in the station. Unfortunately, I let my guard down and did not look around to note the various niches behind me where thieves could hide unobserved.

When my train arrived I began to move toward the open doors of the empty train car dragging my heavy duffel bag with my left hand and was set upon from behind by two North African young men. They followed the sneak thief scam where one grabs your luggage with a verbal offer to help you carry it as a distraction while the other lightly pats you down to find and remove your wallet. I swear there must be some Fagin-like characters in North Africa who professionally train young thieves before they immigrate to Europe, since I had been unsuccessfully subjected to this same scam by North Africans in Rome a decade earlier. I instantly recognized the threat and turned towards the second thief who was down on one knee attempting to unzip my lower right cargo pocket which contained my wallet, passport, etc. I kicked the SOB in the side with my left foot just as hard as I could. He fell over backwards more surprised than hurt, got up and ran away. I then turned my attention to the first thief who was still grappling with my duffel bag and said, “No thank you” to his offer of help while ripping the bag out of his grasp. I walked onto the train which should have been the end of it, except that the first thief followed me into the car.

I realized then that I was going to have to confront this individual, so I walked to the car wall opposite the open doors, dropped my duffel bag and turned towards the thief. He stood about ten feet from me snapping the fingers of his right hand as if to say “Damn it, we almost got your wallet!” It was the big grin on his face that irritated me more, and the fact that he started to slowly shuffle towards me that worried me. I reached into my pocket and withdrew my Spyderco. I kept the knife down by my side while turning my hand so that he could see the light glistening off it. I then said in a low, even voice: “If you attempt to lay hands on me again I will seriously injure you.” Instantly, his grin was replaced by a cold, hard sneer as he pondered the risk versus reward of this situation. He then said “Ya,ya. You injure me, ya” and ran out the door.

I’m not the sort who will meekly turn over my hard-earned money to some criminal parasite who happens to be larger and much younger. If he had been foolish enough to make a grab for me he would have drawn back well-lacerated hands and forearms. I like to think that I may have persuaded these thieves to find another line of work or, at least, not to hit on American tourists since we have a national tradition of fighting back against unwarranted criminal assaults. As it was, I continued on to my destination without troubling the authorities, since they already knew about the station’s criminal presence and I did not wish to spend several hours filling out police reports about thieves who were long gone.

Editor’s Note: We pay $100 for each account we print. Send to the magazine, c/o “It Happened To Me.” Or e-mail to [email protected] 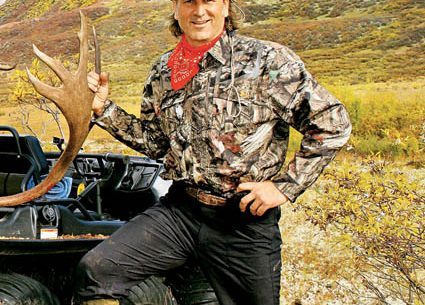 Michael Delrizzo Illustration As a practicing field archaeologist around Europe for over 30 years,…