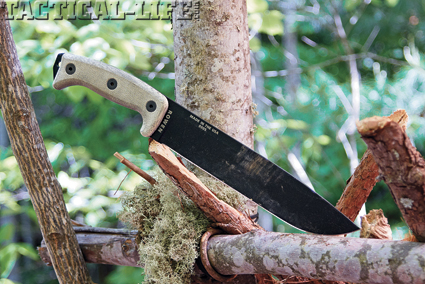 I needed a survival shelter and I needed it quick. There are times when an editor can be worse than a storm. In times like that a large knife really shines.

Time will bring about changes for both people and companies. You can’t look in a mirror without having to admit that you have changed in the past 10 years. Think back and see if you can remember when Nissan, the automaker, was called Datsun. You may even remember that BP gas stations were once named Gulf. The knife industry isn’t exempt from these changes. Some new companies have hit the market and some old friends have ceased to operate. Time goes by and change is inevitable. One company that has seen its fair share of change is RAT Cutlery headed by the team of Jeff Randall and Mike Perrin.

Since 1997
RAT (Randall’s Adventure & Training) began in 1997 as a training company teaching jungle survival to the military, law enforcement officers and civilians. It was this undertaking that led Jeff and Mike to design their first knife tailored around the needs one may have for a jungle blade. They got Newt Livesay to build the knife but demand soon showed that they needed a much more robust supplier. In 2002 they joined forces with Ontario Knife Company. It was with Ontario that RAT came out with several other designs, building their reputation in the ever-changing knife industry. 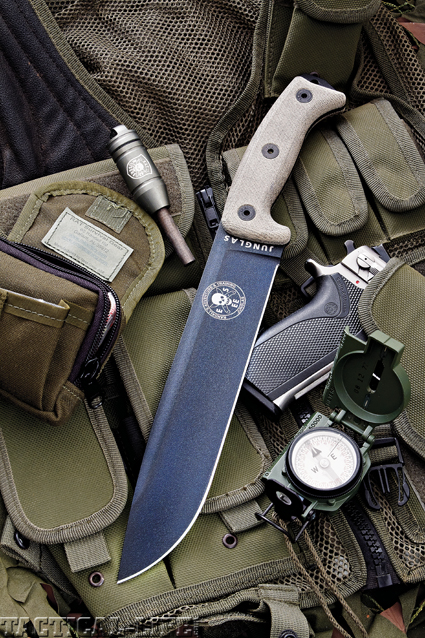 In 2007, after a five-year contract with Ontario, it became time for the duo to branch out into their own company, RAT Cutlery. Mike and Jeff spent time refining the designs of their knives from their smallest on up and went to Rowan Manufacturing to have the designs produced with the highest form of quality. The drawback to this process was the conflict with Ontario on who should use the “RAT” name on their knife line. Ontario still produces the designs created by Jeff and Mike, but then, Jeff and Mike are “Randall’s Adventure & Training.” There are two sides to every story and no one other than those involved know all of the details. This type of conflict will wear on everyone involved and on February 1, 2010, RAT Cutlery announced a name change to ESEE Knives. Since 1997, Randall’s Adventure and Training jungle survival school has worked in association with the Peruvian Air Force and is known as Escuela de Supervivencia (School of Survival), Escape, Evasion. The acronym ESEE is appropriate for their training in South America and their knives.

Hard Use Knife
To go along with the new name change, ESEE has brought out a new knife that should appeal to the “hard-use” knife enthusiast. The “Junglas” (pronounced “hoonglas”) fixed blade is similar in size to the original RTAK and many will be quick to make comparisons. The overall length is 16-1/2 inches and sports a blade 10-3/8 inches long. The steel is 1095 with a black powder coating and Micarta handle scales. At its thickest point the blade is .188 inches and has a high saber grind. The extended pommel is flattened for hammering and has a single lanyard hole. The knife has a Kydex ambidextrous sheath with a Cordura MOLLE back. The “Junglas” is made in the USA by Rowan Manufacturing. 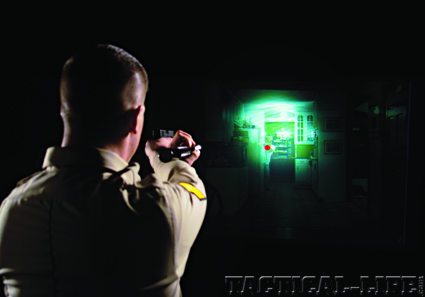 I needed a survival shelter and I needed it quick. There are times when…