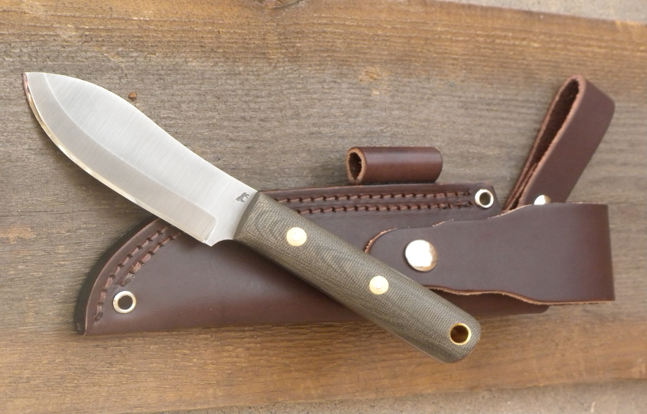 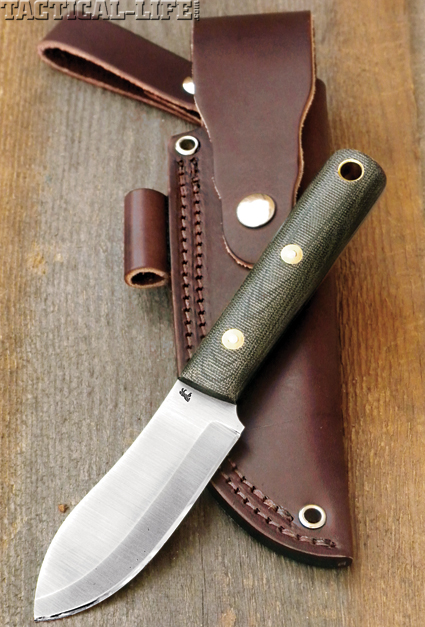 Some years ago, L.T. Wright and Dan Coppins, both skilled knifemakers, decided to form their own cutlery firm. One day, the two men were in their shop exchanging stories about the past and L.T. told about his great-great uncle who once owned some property in the hills of West Virginia. As the story went, the uncle built a one-room shack on the property. It was sort of a get away place to rest, relax and probably taste a drop or two of local whisky. One tidbit of family history connected to the uncle was the fact that he apparently owned an old blind horse. Obviously, the term “blind horse” was distinctive and it caught on with L.T. and Dan. “The name just kind of stuck with us, so we decided to use it,” Dan Coppins told me.

Along with being knifemakers, both Wright and Coppins are also dedicated outdoorsmen. That fact was made clear when I talked with them on the telephone. During the course of the conversation, Dan indicated that they were headed to Maine for ten days of winter camping. Camping in the dead of winter isn’t my kind of fun, but for these two it was just part of who they were. “Winter is just a good time for us to get away from things and spend some quality time testing knives in a real-world environment,” Dan said.

Since both men have an abiding interest to all things edged, they’ve spent considerable time researching tools used by 19th century outdoorsmen. One particular person that piqued their interest was George Washington Sears (1821-1890). Writing under the name “Nessmuk,” Sears conveyed his thoughts on essential tools for outdoor survival in a book entitled, Woodcraft and Camping, published in 1884. In chapter two of that tome, Sears indicated that every would-be outdoorsman should carry a hatchet, a two-bladed folding pocketknife and a somewhat unusual shaped fixed-blade knife that came to be known as the Nessmuk knife. 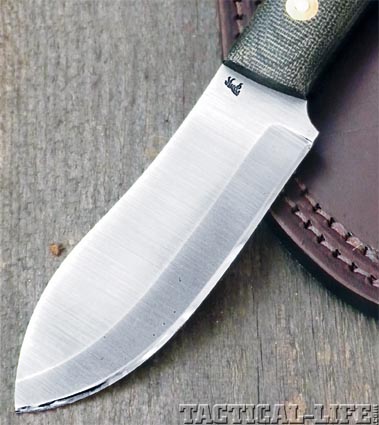 Western Drover Knife
Rediscovering the past through Sears’ writings, Wright and Coppins decided to make an updated version of the Nessmuk knife. The modern version, produced by the two men, is known as the “Western Drover Knife.” The knife itself is a faithful reproduction of the blade shape that Sears illustrated in his book. This modern interpretation of the knife features a fixed-blade, full-tang, slightly humpback drop-point pattern design. The 4-inch blade is 1/8 inches thick and crafted from 01 carbon steel. Rockwell hardness of the heat-treated and double-tempered blade is Rc 57-58. Even though it’s a slight departure from the original design, the blade features a saber grind, extending upward about 3.8 inches from the actual cutting edge. Handle scales are Micarta, which have been double-riveted to the tang. Also, the handle has a generous sized, brass-lined lanyard hole in the handle terminus. According to Dan Coppins, “We designed the ‘Western Drover’ to be a basic outdoor knife that would perform as well skinning big game as it does in the camp kitchen.”

Once I had the knife in hand, it got a thorough workout in my kitchen. First of all, there was a mess of rabbits and squirrels shot the day before that needed cutting up. The slightly point-heavy blade handled the chore with ease. All it took was a couple of whacks with the knife to separate whole skinned squirrels and rabbits into the right size pieces for the frying pan. Moving outdoors, I used the knife to split some dry kindling for the fireplace, then turned smaller pieces into fuzz sticks to get the fire going.

My neighbor had just returned from a weekend hunting wild hogs, and he had two big old boars in the back of his truck. Needless to say, this was an opportunity for the knife to prove its versatility. When I volunteered to provide assistance with hide removal, he just smiled and said, “Have at it.” Once the skinning began, the blade cut through tough hog hide without hesitation. And the rounded Micarta handle scales provided more than adequate blade control. In all, the knife performed equally well as a skinner as it did in the woodpile and on the kitchen cutting board.

Leather Carry
The Western Drover comes with a quality, open top leather sheath. A snap flap ensures secure containment and a small loop on the side of the sheath is meant to hold a 3/8-inch diameter fire stick. Not only is a belt loop attached to the back of the sheath, there is also another large, free-swinging loop connected to the sheath with a metal “D” ring, for those who prefer this as an alternative method of belt attachment.

Patterned off of what could be considered an ageless blade design, this new Nessmuk-inspired knife by Blind Horse may have come from the pages of history, but it’s still the right tool for the job. 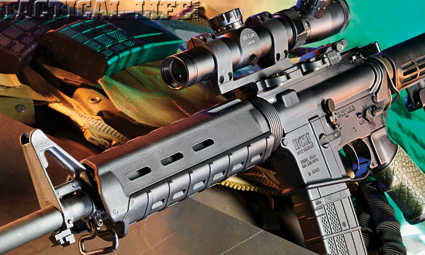