Is 9mm vs 45 ACP the longest running gun debate of all time? It might be, and it holds a special place in hell right next to “AK vs AR” and “pop or soda” as things you probably don’t want to talk about at a party. Thankfully, YouTuber Garand Thumb is here in a lab coat to settle the debate once and for all. 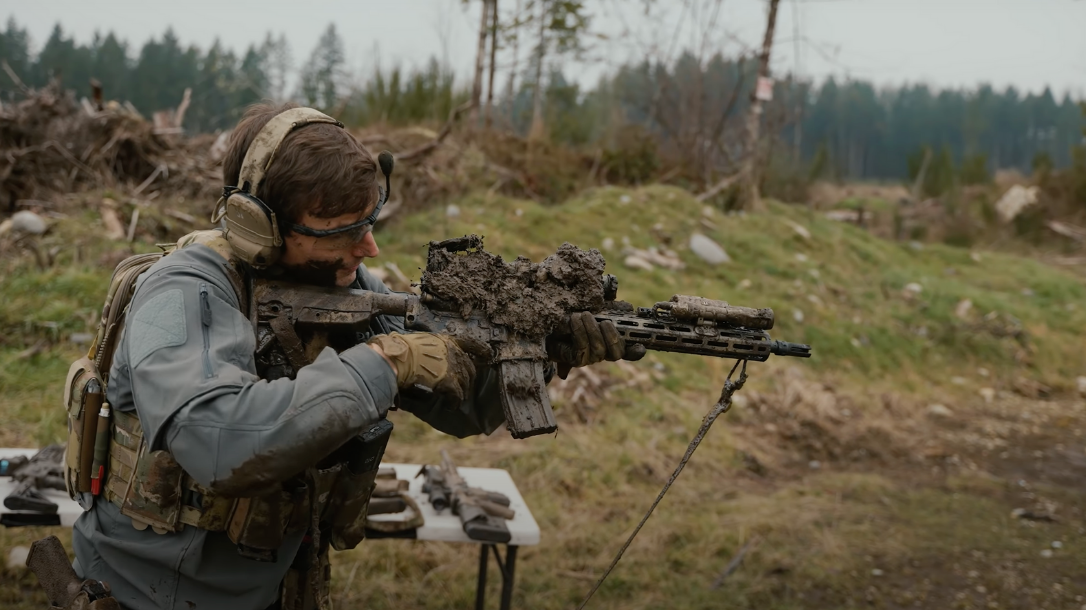 Rifle Mud Test: Garand Thumb is Back to Hurt Your Feelings

Alright, so here’s the deal. It doesn’t. And the reason it doesn’t matter is because of how pistol bullets actually cause injury. For a pistol bullet to damage tissue, it has to actually touch that tissue and crush it. That’s it, there’s no hydrostatic shock, energy dump, or anything like that. Pistol bullets crush tissue and only the tissue they hit is affected.

In fact, it doesn’t even really matter if you’re forced to use full metal jacket rounds. There are entire graveyards full of people who’ve been killed with 9mm FMJ or .45 ACP FMJ, and they’re not going to magically come back to life just because the .45 has a slightly larger wound track.

As we’re going through this, just remember: pistol bullets must actually strike important biological structures to cause damage. These are things like the heart, major arteries and veins, the spine, or the brain.

Unsurprisingly, the initial test using FMJ ammo showed little difference between the two rounds wound tracks. Both rounds equally sucked, to put it mildly. In contrast to a wadcutter bullet or an expanded hollow point, the round nose of the FMJ just sort of plods into tissue. Both rounds through-and-through penetrated the dummy as well.

When the 9mm vs 45 ACP test got to hollow point ammo, the differences were again…minimal. That’s largely because most modern JHP ammo is all designed to do the same thing: penetrate more than 12 inches in gel and expand after defeating common barriers. The quality hollow points did exactly that, and again Garand Thumb noted that there wasn’t much of a difference.

Mike (Garand Thumb’s) final thoughts mirror mine. Given the choice, we’re both selecting the 9mm, because there’s no meaningful difference in terminal ballistics, and 9mm is easier to shoot. After all, hits win fights, and if it’s easier to get a hit with a 9mm than a .45, it makes more sense to carry the 9mm, right? That being said, it’s a free country so you can also carry whatever makes you happy. I carry a 10mm sometimes because I like 10mm, not because I think it’s a magic death ray.