I​f you’d asked me in 2015 if I thought there was a place for ankle carry, I’d have said no. But the longer I’m in the industry, the more I realize that while there are certainly optimal choices, there are also contextual choices that make sense for this carry method. That’s why today we’re going to answer the questions around selecting the best gun for ankle carry. 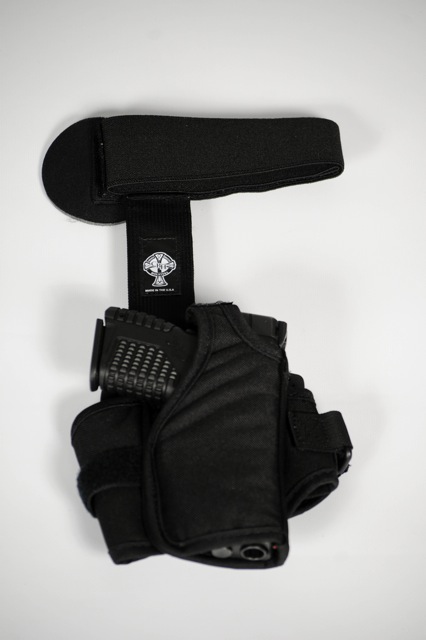 Why Would I Even Need the Best Gun for Ankle Carry in a World of 20-Shot Semi-Automatics?

T​hat’s actually a fair question. In a world where the PHLster Enigma exists and people can carry a Sig P320 Spectre Comp at the appendix position, why would I even bother with ankle carry? Well, as mentioned above, everything is contextual. Even I, as someone who ankle carries, wouldn’t really recommend it as an everyday go to solution. However, there are environments where it makes sense. Especially if you need to deep conceal your everyday carry.

F​or example, let’s construct a social scenario where you’re going to be hugging people, and that would also have negative consequences if someone discovered your gun. Since a hug is just a consensual bump-frisk, in this environment it’s beneficial to move your gun to a location where it will be 100% concealed and have zero risk of discovery. Another example is for long car rides, ankle carry guns are extremely comfortable, and surprisingly fast to access. And, even in 2022 if you carry a backup gun to your primary, the ankle is still a pretty good place for it.

Setting the Parameters for the Best Ankle Gun

Once you’ve accepted that there’s some utility to carrying in an ankle holster, now it’s time to figure out what is the best gun for ankle carry. Admittedly, “best” here is a bit of a subjective term, since what works best is going to depend on a number of factors. These include everything from your overall size down to the shape of your calf and thickness of your ankle.

S​o here are some guidelines to help direct your ankle gun quest. First, it needs to be light enough that it’s not going to pull the holster off your leg. There are stories about dudes carrying full size Glock 19s in ankle holsters, but nothing like that has ever worked for me. I might be tempted to try a Glock 26, especially as a back up to a primary carry Glock 17. Guns that you think of when you think about the best ankle gun are small revolvers and autos. For example, the scandium framed S&W J-frames, or a Glock 42 are the sort of guns that seem to work.

Secondly, it needs to be tough. Ankle holsters and the guns in them get banged on a lot of stuff due to where they’re situated. Your ankle gun needs to be able to handle that without losing zero, for instance.

Lastly, it needs to be something you’re proficient with. Don’t throw a J-frame on your ankle if you never practice with it. The real world use case for an ankle carried CCW gun is probably a pretty bad day, so you need to be able to get good hits on command.

T​here are a few great options for ankle holsters out there. The Wilderness Tactical model is popular, and has a good reputation. Personally, I use a Galco Ankle Glove as my go-to ankle holster, and it’s been fantastic. It provides excellentretention, and the large hook and loop pads keep the holster securely attached to my lower calf.

W​here to Conceal an Ankle Gun

O​pinions differ on this, based on what you’re using the ankle gun and holster for. For example, if it’s your primary/onlygun, I’d recommend putting the holster on the inside of your left leg if you’re right-handed. Reverse that if you’re left-handed. That way you’re drawing the gun with your dominant hand off your “plant” leg.

However, if you’re carrying the ankle gun as a backup for your primary, you could make an argument to carry it set up for a weak hand draw. Right handed shooters in this scenario would place the ankle holster on the inside of their right leg.

O​f course, option 3 is “be a savage” and carry two ankle guns, one on each leg.

M​y personal choice for ankle guns is the S&W 351PD which is a scandium-framed 22 Magnum. While 22 Magnum may not be the best choice, the gun accomplishes its primary role of “being a gun.” It’s also the lightest production double action revolver on earth, and holds 7 rounds of 22 Magnum. Another great option for an ankle carry revolver would be the Ruger LCR in either 38 Special or 327 Federal. The gun is very light and in 327 Federal can be loaded with 32 Magnum ammo.

I don’t like semi-auto pistols for ankle carry for a specific reason: weight balance. Semi-autos when loaded have a lot of weight in the magazine, which can upset the balance of an ankle carry holster and cause it to rotate. A revolver, on the other hand, has most of its weight in the cylinder, which is inside the holster.

However, if I had to recommend a semi-auto for ankle carry, it would be as above: the Glock 42. The 42 is light, thin, and weighs very little even when loaded. It’s also very shootable, thanks to the fact that you can swap the factory Glock sights for aftermarket ones.

Our Picks for Best Ankle Guns

Here are our picks for the best ankle carry guns.

T​his airweight revolver is light, fires a reasonably powerful cartridge, and most importantly, doesn’t have an internal lock.

Okay I know I said the Glock 42 above, and that’s still probably the best choice. However, when fully loaded, the Tomcat and the Glock 42 with its polymer frame weigh almost the same, and the Beretta Tomcat’s DA trigger and tip-up barrel make it a really safe choice for this application.

Ankle carry is still a viable method of concealed carry. While I personally wouldn’t recommend it as a primary method, in the right circumstances it could still be your best option. So select your ankle gun wisely.