One of the best developments of modern gun culture has been the rise in access and affordability of body armor to regular civilians, aka people who aren’t military or law enforcement. Now the BulletSafe Vital Protection 3 makes that armor even more affordable and available. 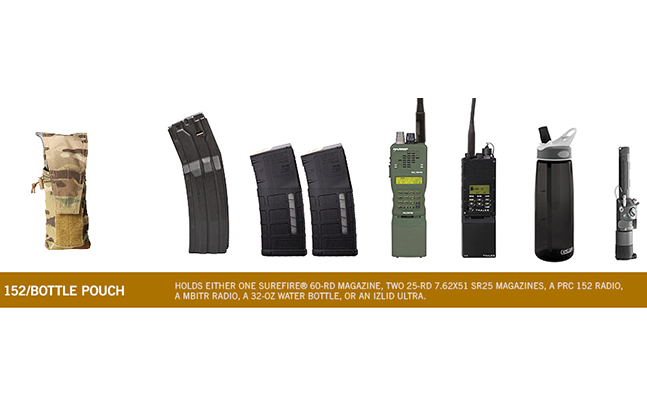 Ever since men first started institutionally killing each other, smart folks have dreamt up ways to protect themselves from attack. The Information Age version of man-portable armor is lightyears ahead of what was available even a couple of generations ago.  Modern conscientious Americans need body armor for the same reasons a pilot needs a parachute. You never actually expect to use it, but if you do it suddenly becomes a really big deal.

I met BulletSafe at the recent Athlon Rendezvous. These guys can outfit the cop on the beat or the concerned citizen who has to traverse sketchy spaces. They offer both soft body armor and hard plates. BulletSafe even makes bulletproof backpack panels that can keep your kids company at school. I sincerely hate that we are even having that conversation.

The new BulletSafe Vital Protection 3 (VP3) vest is made in the USA and offers NIJ-certified Level IIIA protection in a package that is lightweight and comfortable. The VP3 comes in eight different sizes and provides reliable protection against most handgun bullets up to and including .44 Magnum. The VP3 also includes pouches that allow the addition of rigid plates if enhanced protection is required.

There is a very real place for body armor in the loadout of the typical responsible American citizen. Modern soft body armor is both comfortable and effective. It is quick to don and does not interfere with strenuous movement. When you get up to investigate why the dog won’t shut up at 2 o’clock in the morning, a quality armored vest like the BulletSafe VP3 is a real combat multiplier.

It is easier to run toward the sounds of battle if you know on a visceral level that your vital organs are encased in HTSP (High Tensile Strength Polyethylene), the generic version of Spectra. Optimizing your chances of survival in an armed encounter turns on proper body armor. BulletSafe puts this protection within reach of normal folk.

The VP3 strikes that sweet spot between effectiveness, comfort, and affordability. Sizes range from XS to 4XL with an average weight of around five pounds. There are eight different adjustment points, and the liner is formed from breathable mesh for comfortable wear all day. The wraparound design offers serious protection to the heart, lungs, and associated vital spaces.

The VP3 is purpose-designed to be affordable. At $299.97 this vest offers professional quality for roughly half the cost of a decent plastic handgun. The unisex design accommodates all body types, while the wide array of sizes will allow you to fit all members of the family.

Folks like us typically take our survival preparations fairly seriously. The details of bugout vehicles, weapon selection, shelf stable food, and disaster planning are both pertinent and fun. If your situation and budget allows, being able to drop the family into body armor before you strike out amidst the next big calamity brings some proper peace of mind.

Body armor is classified from Level IIA through Level IV based upon its ability to stop various pistol and rifle rounds. Level IIA armor will reliably stop 9mm and .40S&W rounds fired from short-barreled handguns. Level IIIA armor like the BulletSafe VP3 will stop .357 SIG and .44 Magnum fired from longer-barreled weapons. Specifically, this means a 240-grain .44 Magnum round traveling at 1,400 fps or a 124-grain 9mm at the same velocity.

Level III armor will defeat 7.62mm FMJ lead core ammunition, while Level IV plates will stop .30-caliber steel core armor-piercing rounds. Selecting body armor represents a compromise between performance and weight/bulk. Level IIIA is generally considering the most effective body armor that might reasonably be worn concealed during a typical duty day. Level III and IV armor will generally be so heavy and bulky as to be impractical for daily wear. The VP3 does a simply spanking job defending against stabbing attacks as well.

I placed my BulletSafe VP3 vest on a Rubber Dummies target and shot it center of mass with a 115-grain 9mm FMJ round fired from an HK VP9L OR handgun. As expected, the front half of the vest stopped this bullet without difficulty. I then repeated the exercise with a .44 Magnum Desert Eagle with the same results. Now it was time to take it to the next level.

I loaded several magazines with ten rounds each and proceeded to shoot my VP3 vest sequentially with a full auto MP5 submachine gun. In between each magazine I took the vest down to verify that nothing made it through. This reflected abuse that well exceeded the design parameters of the equipment.

After twenty-one rounds of full metal jacket 9mm parabellum and the one .44 Magnum, the vest still retained its structural integrity. Three of the next ten penetrated. The VP3 shrugged off those twenty-nine bullets like Superman. The BulletSafe VP3 vest would indeed offer reliable protection against most anything one might encounter outside a war zone.

Anyone who feels body armor is silly clearly hasn’t been keeping up with the news. We are never more than one headline away from burning neighborhoods and rampaging mobs.

The BulletSafe VP3 is guaranteed for five years and, if treated with even the slightest modicum of respect, should easily outlive you. As we have seen with a little gratuitous destructive testing, the BulletSafe VP3 is proof against any reasonable threats as well as most of the unreasonable sorts as well. The Vital Protection 3 vest is the combat multiplier for the Common Man.