In what is becoming more and more commonplace, two Florida deputies were ambushed recently, ending in a deadly shootout. Incredibly, 61 shots fired during the altercation that took just one minute, all caught on dash cam. 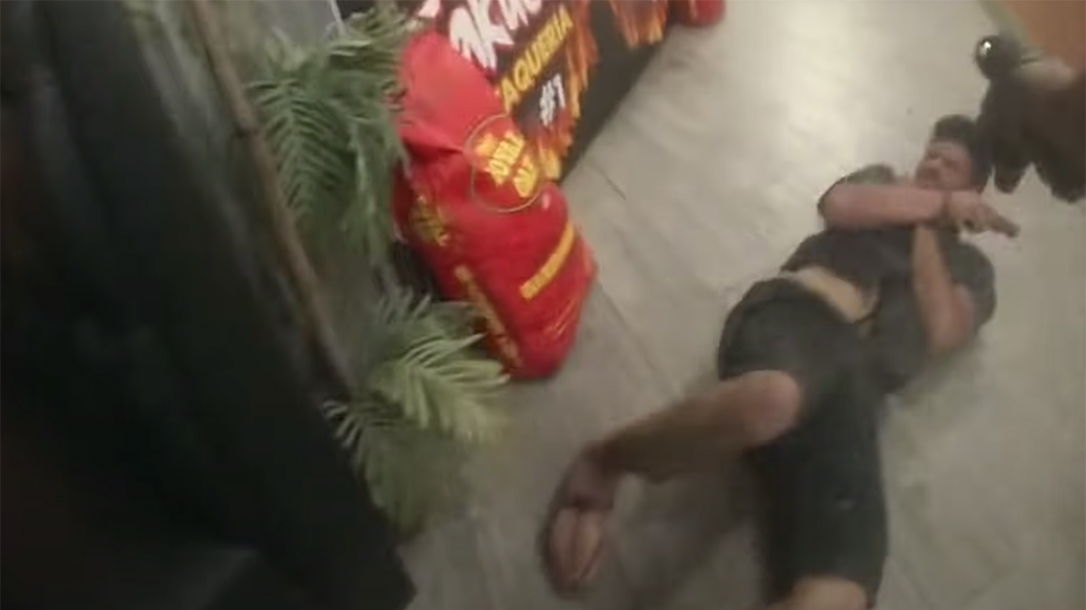 What started as a peaceful stop took a violent and deadly turn, with one officer injured and the gunman dead at the scene. As the deputies chatted with two occupants Deputy Brian Potters asked the third occupant to exit the vehicle. Upon doing so, he opened fire with a short stock AR-15 style rifle.

As shots rang out Deputy Potters and Deputy Thoman took cover and returned fire. While returning fire, they were careful not to hit the car, with a 2-month-old infant and dog inside. After receiving a gunshot wound to the leg, Deputy Potters returns a similar wound to the gunman. As the scene unfolded the other two occupants fled the area.

In the video, deputies Potters and Thoman scan the area for the gunman who sneaks up behind them. Using his jammed rifle, the shooter then begins to bludgeon Deputy Potter in the head and face with the firearm. As a result, Deputy Potter sustained multiple head lacerations, tissue damage, concussion and fractures of the orbital bone and sinuses.

During a briefing about the shooting, Brevard County Sheriff Wayne Ivey had this to say about the number of shots fired into the suspect, “And to those out there who might be foolish enough to ask why we shot him so many times, that answer is simple: Because evil can never be dead enough.”

Sheriff Ivey describes the shooter as a “career offender” with a record of violence and a list of 40 charges. Charges include armed robbery, aggravated assault, drug offenses, battery of a law enforcement officer and attempted first degree felony murder.

He also has convictions for robbery with a firearm, failing to register as a career offender, possession of a firearm by a convicted felon, resisting arrest with violence, possession of controlled substances and various probation violations.

At the time of the shooting, he was out on bond with active warrants for additional drug trafficking cases. These facts have left Sheriff Ivey asking how he was out on the street.

In the briefing Sheriff Ivey states, “I’m sure that like me, you’re probably asking yourself right now, why a thug with this kind of criminal history was ever given a bond, where he can be out on our streets to harm someone else. That’s a question I promise to find the answer to.”

Following the altercation, the other two occupants immediately return to the scene upon instruction. Sheriff Ivey makes it clear that there was no involvement by the two. However, according to Sheriff Ivey regarding the gunman, “Let there be no doubt: This individual got exactly what he deserved.”

Click here to view the full video of the briefing.