IDPA 5×5 Classifier: How to Master this Marksmanship Test

If you’ve shot an International Defensive Pistol Association Match (IDPA) in the last 5 years, you’ve probably shot the IDPA 5×5 Classifier as well. This is a test of marksmanship that you can set up on basically any range, and takes minimal rounds. Let’s break down what it takes to master it. In the video I’m using a Ruger GP100 Match Champion firing Federal 130 grain FMJ .38 Special rounds. 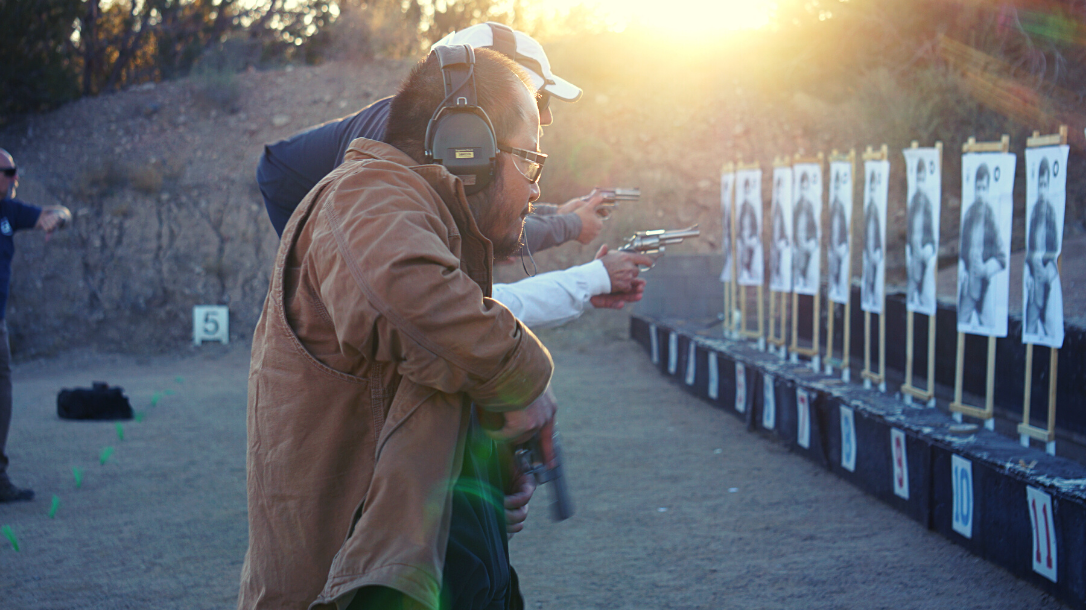 The Rationale Behind the IDPA 5×5 Classifier

People who have been IDPA members for some time remember the “old” classifier. It was a 90 round course of fire consisting of 3 stages, several different yard lines, movement, and the use of cover. It was a pain to set up and extremely time consuming to run shooters through. Prior to the 2018 National Championship, IDPA instituted what it called the Abbreviated Classifier. That was the Wilson 5×5 Skills Test, which now everyone calls the IDPA 5×5 Classifier.

The idea behind the 5×5 drill is to have a short course of fire that can be used to effectively evaluate a shooter’s skill level and place them in one of IDPA’s classification brackets. The 5×5 accomplishes this with just 25 rounds, all fired at a distance of 10 yards.

There are two important reasons IDPA allows clubs to use the 5×5 classifier. The first is to break shooters into their classifications based on skill. In IDPA, while everyone in a division competes against everyone else for the division win, within individual classifications shooters can also win their class. The IDPA classifications (or classes) break down as follows, from lowest to highest:

The second reason that clubs use the 5×5 classifier to ensure members all have a valid classification on file each year. IDPA requires all members except for Master class shooters to fire at least one classifier per year if they want to compete in sanctioned matches. Because the IDPA 5×5 classifier is easy to set up and run, clubs can move large volumes of people through it.

Now let’s take a look at the four strings of fire and break them down.

The first string is fired freestyle, two hands on the gun. Five shots, all aimed center mass on the target. The temptation on this string is to grip it and rip it and try to blast through it as fast as possible. Unfortunately, with IDPA’s aggressive penalty system, dropping even one point can result in disaster. Shoot this first string at a pace where you know you can absolutely clean it.

Your second string is one that frequently jams shooters up. After getting good hits on string 1, the second string is draw from the holster and fire five shots, all aimed at center mass. But the trick is that it’s strong hand only (unless you’re shooting a PCC). People don’t practice SHO shooting very often, and this will often catch them out. Even more so than string 1, aim hard on string 2.

The last string gives shooters a great chance to mess up and give away a ton of points. Again, start holstered, draw this time fire four shots to the body. Then transition and fire one final shot at the head box. IDPA’s down zero head circle is only 4 inches in diameter, so don’t miss.

The IDPA 5×5 Classifier starts all stages from the holster, as noted, and doesn’t require concealment. You probably noticed that I heavily emphasized accuracy, and that’s because the penalty for dropping shots out of the down zero area of the target is massive. Prior to the run in the video above, my last runs had all dropped tons of points, which is kind of embarrassing for a Master class shooter.

If you’d like to know where your time stacks up against the IDPA divisions, check out the link to their website here. All you need is an IDPA target, a belt holster, a spare magazine pouch, and a shot timer!