On a return trip to Gunsite Academy just before the release of his band Puscifer’s new album Money Shot, multiple-Grammy-award-winning musician Maynard James Keenan took a break from music and winemaking to go large and long with big-bore rifles in Paulson, Ariz.

This was the first time behind the big-bore precision rifles for Keenan, and he engaged targets at three times the distances he had previously attempted, with several shots covering a mile.

“We are taking over two weeks of training and condensing it down to two days. It’s going to be a lot to digest,” Wilkinson said of the task of getting a recreational small-arms shooter dialed into a .50 BMG.

“To really advance in this art, you need a partner—a spotter that can walk you through the variables that are too many to count,” Keenan said.

Though known primarily for his music and wine, Keenan also served in the U.S. Army prior to starting his music career, which included one year at the United States Military Academy Preparatory School.

Check out the video above to see Keenan in action. 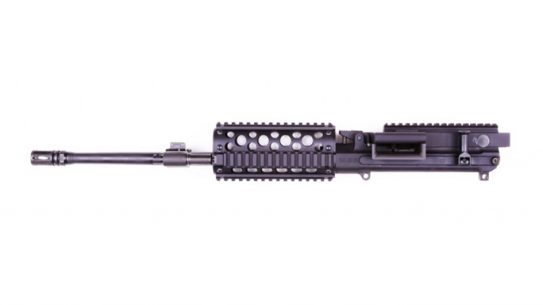