The NYPD body camera program has officially kicked off its first phase that will eventually see all 22,000 patrol officers in the city wearing the digital recording devices by 2019. Check out the video above to learn more about it.

According to Newsday, more than 50 NYPD cops from the city’s 34th Precinct — which includes Washington Heights and Inwood — hit the streets wearing the body cameras for the 4 p.m. to midnight shift last Thursday. The 34th is the first of 20 precincts to take part in the first-year rollout of nearly 1,200 cameras. The next precinct to get the cameras will be the 60th, which covers Coney Island, Brighton Beach, West Brighton Beach, Bensonhurst and Sea Gate.

“This is a historic day for New York City,” New York City Mayor Bill de Blasio said at a press conference after the officers left the station with their body cameras. “This is the first day of the era of body-worn cameras and that means we are going on a pathway of transparency and accountability that will benefit everyone.”

The body camera program came about as a result of a federal judge’s 2013 ruling that the NYPD’s stop-and-frisk program had violated the constitutional rights of hundreds of thousands of New York City residents, DNAinfo said.

“Initially I wasn’t entirely convinced that wearing a camera was a good idea. But I did my due diligence and I changed my mind. I’m totally convinced that this is the way forward,” NYPD Commissioner James O’Neill stated at the press conference last week.

According to the New York Daily News, NYPD rules dictate that the body cameras be turned on during uses of force; arrests and summonses; interactions with people suspected of criminal behavior; searches of persons and property; any officer responding to a crime in progress; and all interactions with “emotionally disturbed people.”

The body cameras are manufactured by Vievu, a Safariland Group brand. DNAinfo says they have a battery life of over 12 hours, and all footage will be available for up to a year in a cloud service. Video footage can be requested by the general public by filing a FOIA request. 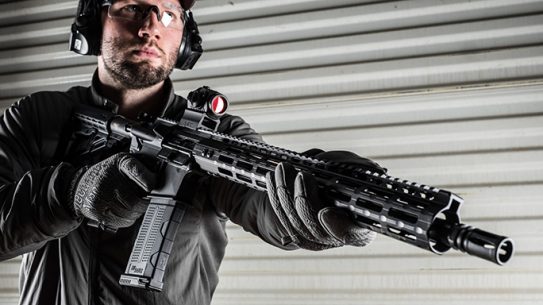