Sig Sauer has dabbled in the rimfire world before. Now they’re jumping in with both feet with 21 round Sig Sauer P322. 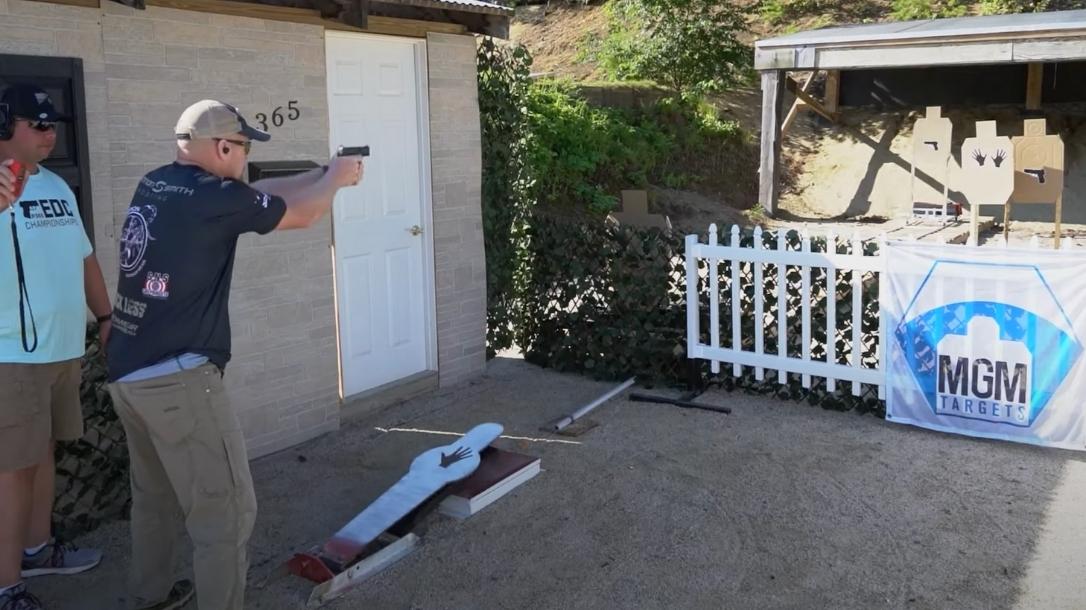 VIDEO: Sig P365 EDC Championship is Back for a Second Year

The Sig Sauer P322 Launch was Shrouded in Secrecy

The firearms world is replete with new secret guns just waiting to be launched. As a writer in this realm, I am fortunate to get a look behind the curtain many times. There are a few companies that always catch my eye when the shroud of secrecy is engaged. This was the case when I was contacted by Sig Sauer, and they told me they have something interesting coming. In standard Sig Sauer form, they held a private media event to share the new gun with a few writers. This event would be at the Volusia County Gun and Hunt Range near Smyrna Beach, Florida. This is one of Sig’s new “Outpost” locations and they are holding a number of their classes there. To the surprise of most of the writers, we soon discovered that the new secret gun was in fact a .22LR. Designated the Sig Sauer P322, this is certainly not your grandfather’s plinker.

Sig is Building a Winning 22 Handgun

The P322 is a new endeavor for Sig. However, it’s not the first Sig 22 pistol, so they’re able to draw on some history. The Sig P322 is everything you would expect from their experienced team. Phil Strader, Director of Firearms Product Management at Sig, shared with us that they had very specific performance standards they wanted to meet. They designed the gun to be reliable even with “less than stellar” ammunition. That translates to Sig demanding that the P322 run all brands of ammo including the junk you found online somewhere for a dollar. To my amazement, the guns had run an average of 1000 rounds between stoppages. Additionally, they have a designated testing gun that is at 24,000 rounds and still running.  The key to all this is a fluted barrel that allows the P322 to eat anything you feed it.

Punching Above its Weight Class

The team at Sig said that they would prove it and we all hit the range. First off, the Sig Sauer P322 is essentially a full-size gun. Not quite a Sig P320, but close in size. We shot thousands of rounds over several hours without cleaning or oiling the guns. In all that, I only had one failure to fire and that was an ammunition failure. We soon discovered that the gun was feature rich and Sig is using that as their marketing plan. They have taken the 21 high points on the gun as reasons you need to own one.

21 Round Capacity or 25 with Extended Magazine

The Sig P322 has an astounding 21 (20+1) round capacity. The magazines are well made, easy to load and extremely light. A 20-round magazine is nice, a 25-round version is even better. These mags will have the same design as the original 20-round magazine but will also have an extension to get us those last five rounds.

Sig saw fit to include this feature on the P322 as well. The footprint will fit all the most common micro red dots which makes the gun even more enjoyable to shoot.

Sig knows that one thing people would immediately ask for is a threaded barrel for their new P322. The gun comes with a threaded barrel adapter that attaches to the existing barrel of the gun. Furthermore, the gun features a 1913 rail where you can easily mount a flashlight or laser.

Made in the USA with a Manual Safety, SAO Enclosed Hammer, and Ambi Controls

There are few things as deeply important to Americans right now as buying items made here in the USA. Sig decided to include a manual safety on the gun. It is easy to access and has good texturing. Sig went with this design to help with overall performance and reliability. Additionally, in keeping with building a pistol beyond the simple plinking world, Sig has included ambidextrous controls for the new gun.

The P322 has a fixed barrel which helps it achieve great accuracy. With that, Sig has included an adjustable rear sight to help you fine tune your gun.

One of the characteristics I discovered about this gun was that it is fast. Because of that Sig has decided to use a quick-to-acquire fiber optic front sight. One of the most interesting things about the gun is its ability to use either a flat face trigger or a traditional rounded version. Sig includes both with the gun and they are very easy to switch out. They are essentially a face that sits on a metal trigger frame.

Nothing makes me shake my head more than companies that only send one magazine with their guns. Sig feels the same way and has included two of the 20-round mags.

As I write this, the great ammo famine has started to subside, but still lingers. Prices are still high for the likes of 9mm, and we can only hope it drops. The cost of ammo makes training expensive and short. Using .22LR however gives us a much less expensive alternative for training.

The P322 is very easy to disassemble. Clear the gun and lock the slide to the rear. Move the takedown lever up and lift the rear of the slide. Now just move the slide forward and off the gun. The P322 is built on Sig ergonomic DNA. It fits well on the hand with a perfect amount of texturing on the grip.

With an eye on lifespan as well as recoil reduction, Sig has made the frame from stainless steel. This gives the little tactical 22 pistol a substantial feeling in the hand that’s quite pleasant.

With a stainless-steel frame, the obvious balance for weight was to make the slide out of aluminum. This does help keep the gun light yet durable.

The gun comes with well-designed cocking serrations on both the front and rear of the slide.

Did I mention that the gun was fast? Once you start running this gun you will start putting the pedal to the metal. That also applies to mag changes. The go-fast mindset of the Sig engineers drove the inclusion of an integrated fast feed magwell.

Last, but not least, Sig has included a mag loader with the gun. The magazines have grip points which allow you to push down the ramp inside the mag. The mag loader makes it even easier by sliding over the top of the mag and down. It makes reloading the magazines very fast and easy on the hands.

The Sig Sauer P322 is a very solid gun. It has a variety of applications, but ultimately is enjoyable to shoot. Whether you are a hard-core pistol shooter or brand new to guns, the P322 is certainly a gun you are going to want to have. 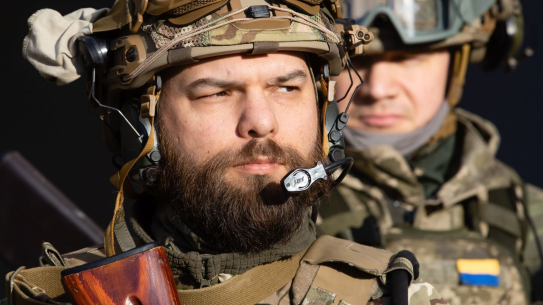 Since the invasion began, the list of US companies supporting Ukraine has grown daily,...