One of the complaints about low power variable optics (LPVO) is that they’re not as fast as red dot sights at close range. The new Vortex Strike Eagle 1-8×24 FFP optic solves that with an illuminated reticle. 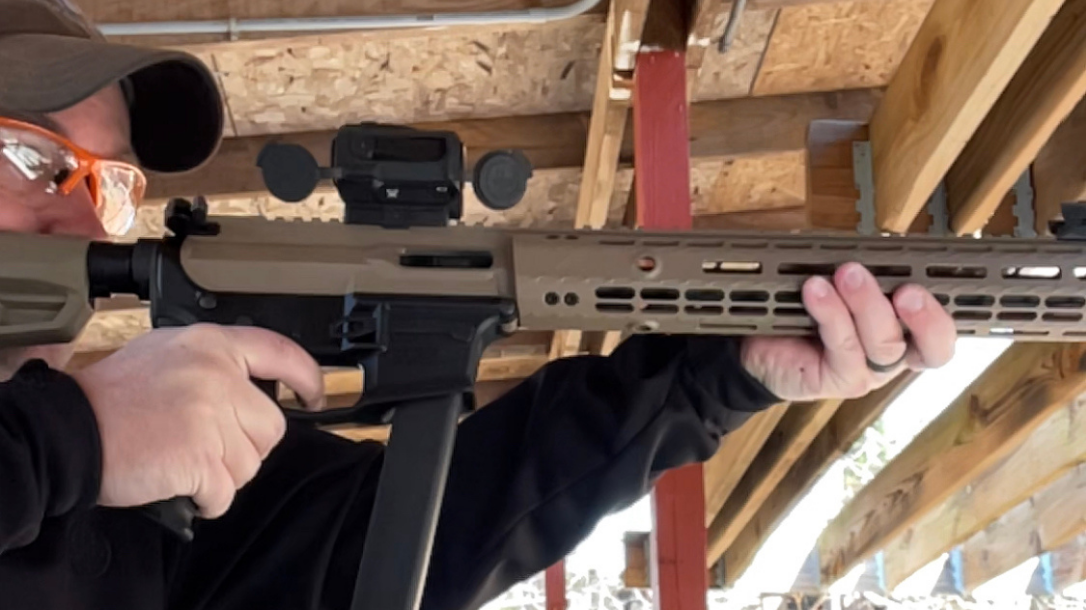 The big feature on the new Strike Eagle is that it has an illuminated reticle in at first focal plane design. Why does this matter? We’re so glad you asked. A first focal plane (FFP) scope zooms the reticle as the magnification increases. As a result, they’re great when fast follow-up shots are required at a distance. However, at close ranges its easy to lose the thin crosshairs with the scope on 1x.

Enter the Strike Eagle 1-8×24 FFP and its illuminated reticle. According to Vortex: The EBR-8 reticle provides red dot-like speed at 1x. Additionally, it gives accurate holdovers at any magnification out to 600 yards.

Human eyes pick up illuminated objects faster than non-illuminated ones. The popularity of FFP LPVOs has also resulted in a lot of shooters running a red dot on a 45 degree offset since it’s faster. The illuminated reticle obviates the need for a secondary red dot sight. Which, when you think about it, means that even though the Vortex Strike Eagle 1-8×24 FFP is $800, it’s actually saving you money. You only need one scope and one mount for your AR pattern rifle if you grab one of these.

For more information on the Vortex Strike Eagle 1-8×24 you can check out their product page. As you’d expect, it’s like every other Vortex LPVO: well built, tough, and ready to go on your AR or tactical bolt action rifle. And again, with a retail price right around $800, it’s not going to break the bank, but it’s still loaded with features.