Think driving a nail straight with a hammer is hard? Now trying doing it with an air rifle. But that’s exactly what Army Marksmanship Unit shooter Specialist Ivan Roe does in this video. 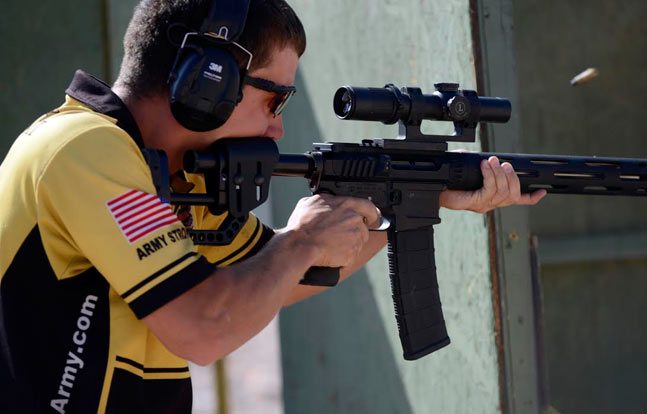 A​s an Army Marksmanship Unit shooter, Spc. Roe’s primary job in the Army is to train for shooting competitions in his discipline. Additionally, AMU members instruct soldiers on marksmanship fundamentals. The AMU has specialists in all of the shooting sports. These include USPSA, shotgun/clay target, Bianchi Cup, as well as all the Olympic divisions. The Army’s team is unique among the branches that its members are shooters first as their primary job. On the other hand, members of the Air Force’s shooting team are part-time shooters.

The Army uses the AMU as both a training tool for soldiers, as well as a recruiting tool for new members. To learn more about the AMU click here