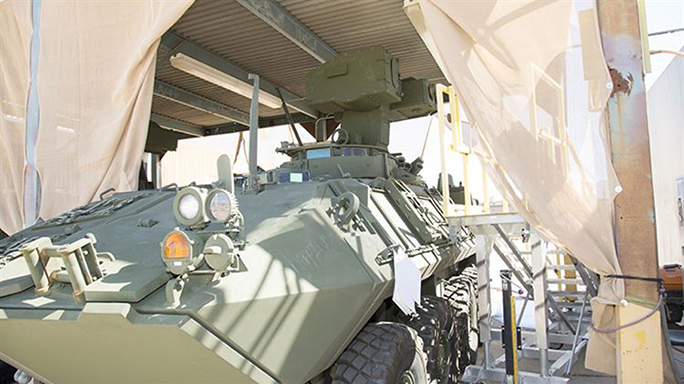 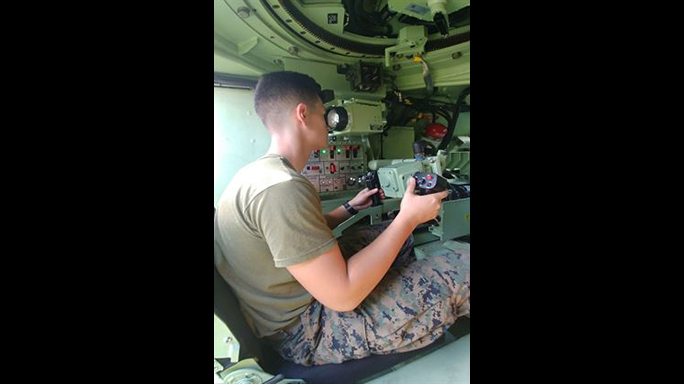 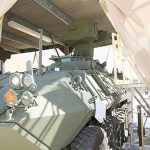 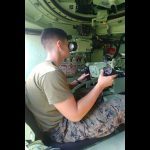 “Compared to the legacy version, the new turret is unmanned, it fires both wire-guided and radio frequency TOW missiles, and it can acquire targets while on-the-move with an improved thermal sight,” said Jim Forkin, the team lead for the Program Manager’s Office for the LAV-ATM.

The new ATWS also boasts a “Far Target Location system,” as well as new commander and gunner video sight displays, in addition to an “electric elevation and azimuth drive system,” which the Corps says aids in rotating the weapon system onto the target.

“The turret is important because it protects Marines and gives them an enhanced capability that they didn’t have before,” said Chief Warrant Officer 4 Michael S. Lovell, the Ordinance Vehicle Maintenance officer for PM LAV. “The new turret on the LAV-AT helps us watch over other vehicles and target enemies with increased vision.”

Units receiving the new ATWS are given equipment training by the LAV-ATM team which lasts two weeks. The first week focuses on operators and the second week is centered on maintainer training. Continued training can be done by units using the embedded training mode in the AWTS. The system is software driven and supports individual and crew training by “simulating the firing of the weapon system while viewing targets through the biocular display unit,” the Corps says.

“This function is new to the LAV-ATM platform and will enhance sustainment training while in garrison or the field without wasting resources,” said Forkin. “With new technological advances, the overall design and functionality has improved.”

The first four of the new Anti-Tank Weapon Systems were fielded to 1st Light Armored Reconnaissance Battalion Marines at Camp Pendleton, Calif. back in September. Fielding is on track to be finished by the end of 2019.

“Marines who serve as anti-tank gunners will be able to do their job better,” said Lovell. “We’re providing a product that gives Marines an enhanced anti-tank capability improving their forward reconnaissance and combined arms fire power on the battlefield.” 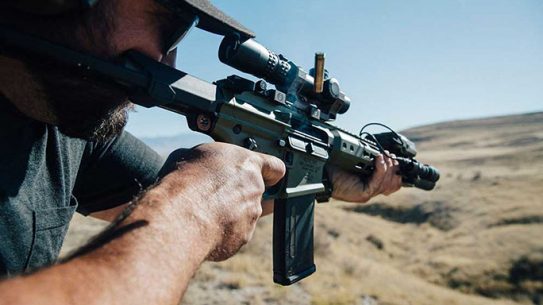 VIDEO: The Noveske Ghetto Blaster Looks Like a Whole Lot of Fun

Oregon-based Noveske Rifleworks has expanded its rifle lineup with the Gen 4 Noveske Ghetto...